Prior Noon’s song “Catch 22” makes me anxious for summer 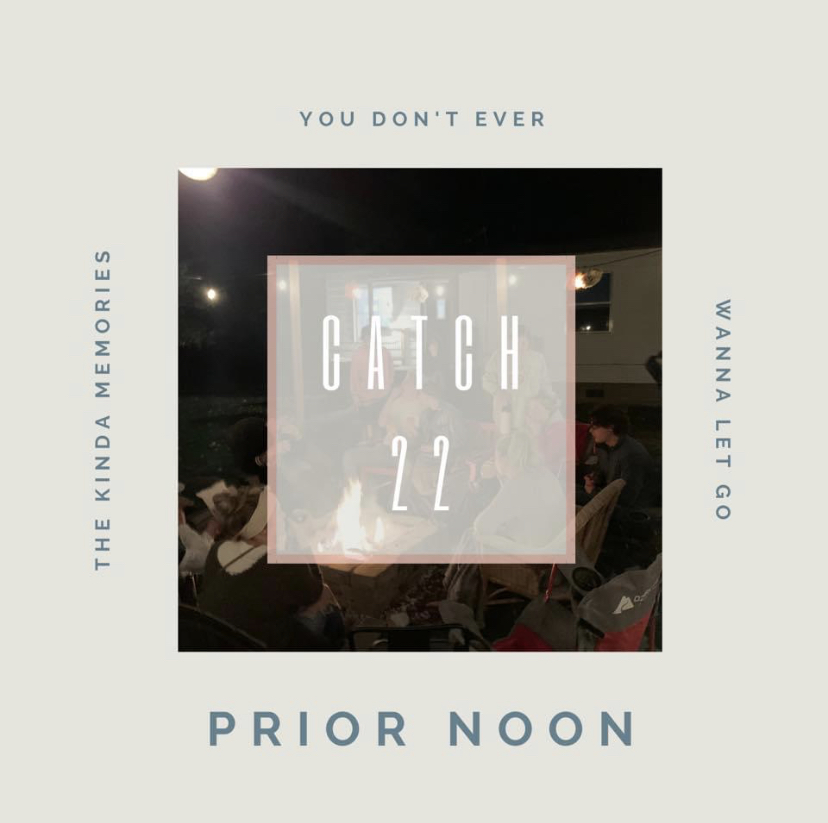 Prior Noon is a Lowell, Michigan originated band, and this is the cover for their newest song, "Catch 22"

A local pop-country band, Prior Noon, recently released a song named “Catch 22.” The newly released song already has over 1,000 streams on Spotify, Apple Music, and YouTube combined. It has quickly become increasingly popular among fans in the small town of Lowell, Michigan.

I first learned about the song when Prior Noon guitar player, Drew Struckmeyer, informed my mom about it.  Drew is a teacher and colleague of my mom’s at Lowell Middle School, so we were able to get a listen to the song just days before it was released. Having close ties to another band, drum player Jay Stadt, we were also drawn to this newly written tune.

Over the past year, I’ve started listening to more country music and beginning to get into it more and more. I’ve been listening to artists such as Morgan Wallen, Lady A, and Keith Urban, who have also had a big influence on songwriter Drew Struckmeyer. So, when hearing the beginning of the song, my mind was instantly hooked to the country-like beat, and I was already pinned to the rhythm of the music.

When the opening lyrics began, it drew me in. Having, band members McKenna Grody and Judah Postman sing together made the music flow beautifully. The harmonizing fits perfectly into the song, making it favorable for me or any other listener. The vocals were utterly soothing for me. I imagined it to be a song I would listen to playing on the radio on a summer night or a simple tune playing in the background on a blissful beach day. The thoughts that drifted into my head made me happy and mindful of summer, which is my most-loved time of the year.

Keeping those content thoughts in my mind, the lyrics perfectly matched the theme of the song, explaining a moment in life where memories are flowing through the minds of the two singers—memories of “you by my side//our friends in the backseat” and of being “young and in love.” The lyrics explain memories and cherishing the small things in life so strongly that I can almost feel the emotion and mindset that they are expressing.

Aside from the lyrics and singing, Nick Struckmeyer, Drew Struckmeyer, Jay Stadt, and Joe Warren have amazing talent. Drew and his younger brother, Nick, actually co-wrote the lyrics and music to “Catch 22.” As I said before, the song’s start instantly reminds me of other country music and remains that way throughout the song. The background music ties the whole song together, contributing to the pop-country feel.

For me, it wraps the rhythm and thoughts of riding in a car on a summer night with the windows down, and that is exactly what I’m going to do this summer while listening to this song.