My past selves lead me home 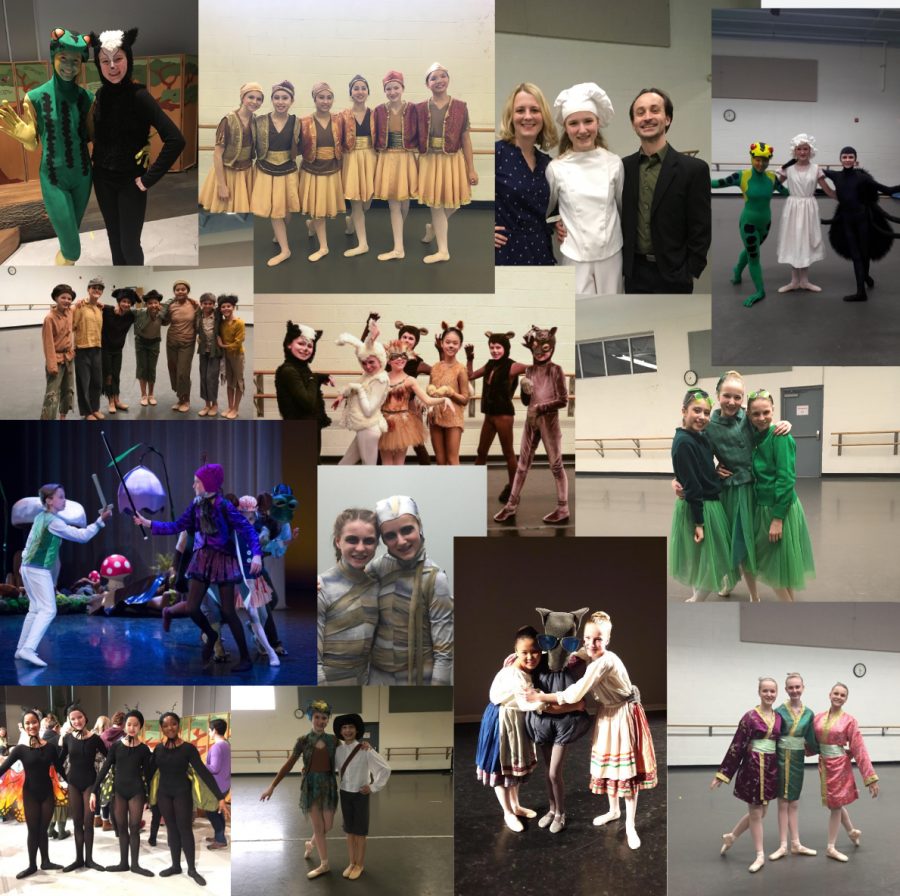 I checked the first thing off my bucket list when I was eleven years old—I made it into the Grand Rapids Ballet Junior Company.

I was cast as the role of a deer in Snow White. While this may seem small and like an extra, I couldn’t contain my excitement. It is the only role I have written everything down. If I was told to do it right now, I could. My first real Jr. Company show gave me jitters before each entrance I was to make, but the excitement in me could be seen even through the mask I wore with the clunky nose.

I paralleled the dwarves and cleaned dishes alongside my best friend. I made my first mistake, I fell for the first time on stage, I had my first costume mishap, I went on tour for the first time, all during my time as a deer. As many memories were made that year, playing the deer was one of my favorite roles—despite the steps being easy for me now.

The next year, I was a lost boy in Peter Pan. I ran around the stage, got captured by Indians, and fought pirates. I felt empowered by my sword and only scraped myself once. My bondage brought me closer with my fellow lost boys. I was able to make fun memories for the last time I danced with my first GRB best friend.

That spring, after weeks on crutches and casts and boots and braces, and tears due to my sprained ankle, I became a doodlebug. I was the villain—or one of them, at least. I had a cane that I used to drive off the bird that wanted to help Thumbelina and eventually used to kill the prince. A mustache was drawn onto my face to match my evilness.

The next year, I was in The Wizard of Oz. I was a Winkie—one of the Wicked Witch of the West’s guards—and an Ozian. Many things went wrong during this show, and I fell multiple times when cleaning up water from the melting of my evil master, but I had fun and made a lot of memories.

During that spring break, I was a townsperson and Little Miss Muffet. Little Miss Muffet was my first intended solo. The spider was a best friend of mine and the rehearsals were some of the most fun I have ever had. Many laughs and moments of confusion arose from them.

I then became a mummy. I channeled my inner dead person I so often practiced and walked the walk of a mummy. This was the show where I started to feel like an older girl I so often looked up to when I was younger.

My first time I was in The Butterfly Ballet, I was a small butterfly. Being this small role, however, I was able to hang out with the little kids before the show—I taught them steps and helped them try on costumes and loved seeing their joy and excitement.

In Beauty and the Beast, I was a baker. I had bread and joined a riot. I hung out with my friends and even sold some bread to the acclaimed yet strange Belle.

My first Jr. Company performance on pointe was as a Bird and Geisha. The bird took me full circle from my doodlebug days as I was a bird best friends with Tom Thumb—Thumbelina’s friend. It was a solo, and I felt like I could do anything; I really was flying.

I ended my time at GRB as a skunk which was probably my favorite role and a big leap from the butterfly I started out as. I learned it with some amazing people. I jumped high. It was complicated, and the little kids loved it.

I spent hours upon hours working on these roles, transforming into these characters, and sharing laughs among my cast. I have seen the world through many eyes and feel personally attacked when I see a dead skunk or deer on the side of the road. I have grown through these characters and climbed my way through the levels of GRB.