It was all too nostalgic 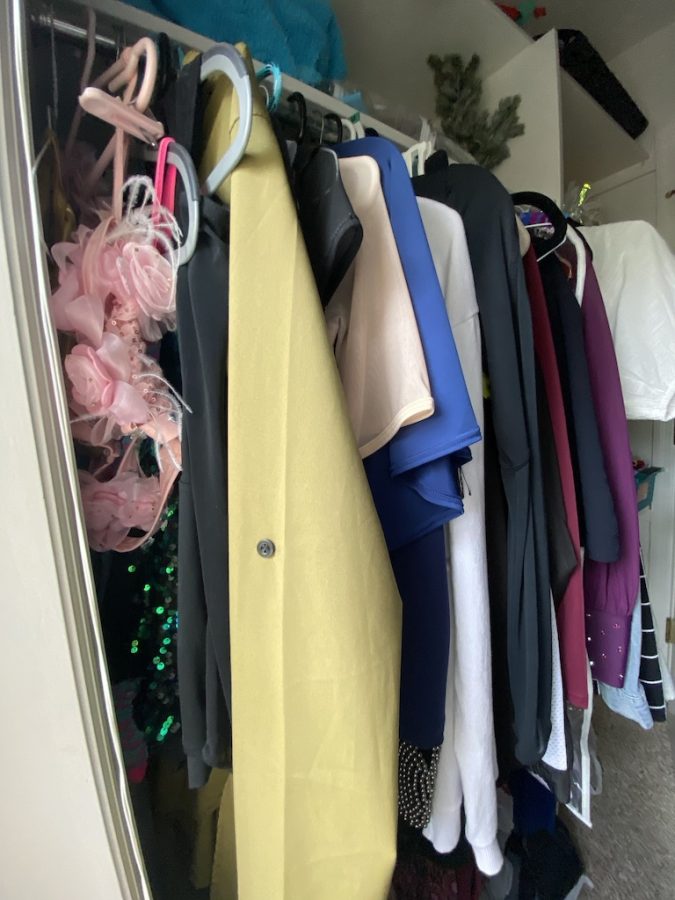 My lifelong collection of dance costumes that I keep solely for the memories.

It was such a norm, such a given—nothing and no one could take it away.

But then it was.

What I portrayed as such a pledge, such warranty, had been captured. ‘Three more years,’ I had once thought. But to my utter distinction, three turned into two, and two transformed into one and a half. And now, I’m here, not knowing the near future of my lifelong passion, but just hoping—praying—for that nostalgia to remain.

But then, I felt fourteen again.

It didn’t feel real—the people, the experience, the obliterating deja vu. It’s like I forgot; it’s like I forgot truly how close to my heart it stood. To the months of what felt like no incentive, no light at the end of the tunnel, I’ve been lucky enough to be proved wrong.

The rush of the amount of adoration I had for you was eating at me, eager to relive your moments. Eager to move my feet in the same way, feel that same emotion under the lights, give my heart to you. So much so, I began replacing your absence with temporary loves—but they weren’t near similar. I convinced myself the perception was a duplicate, but when after finally feeling you again for the first time in eternity, I knew I was falsely plausible.

You are home, and I felt fourteen again.

But that feeling was temporary. Now, on this Tuesday afternoon, I feel plain, old, boring sixteen. I feel like I missed out on living that year of my life to its fullest potential, so now, all I can do is try and make up for that everlasting vacancy.

After feeling fourteen again, I am antsy to rewind two years. I listen to your companion alternatively—with more meaning and more movements. Even though you had no choice but to leave, your acquaintance stayed as a constant. Yet, one without the other feels incomplete. It’s like peanut butter and jelly, bread and butter, frosting and cake; one isn’t the same without the other to the left of it.

Now, when I experience one of you, after feeling fourteen again, it gives me a reminder of my temporary lost love and how quickly you were able to regain my trust, relief, and devotion again.

You are something special. And if I could feel fourteen again forever just for you, I would.