Troye Sivan Brings His Unique Show to The Fillmore 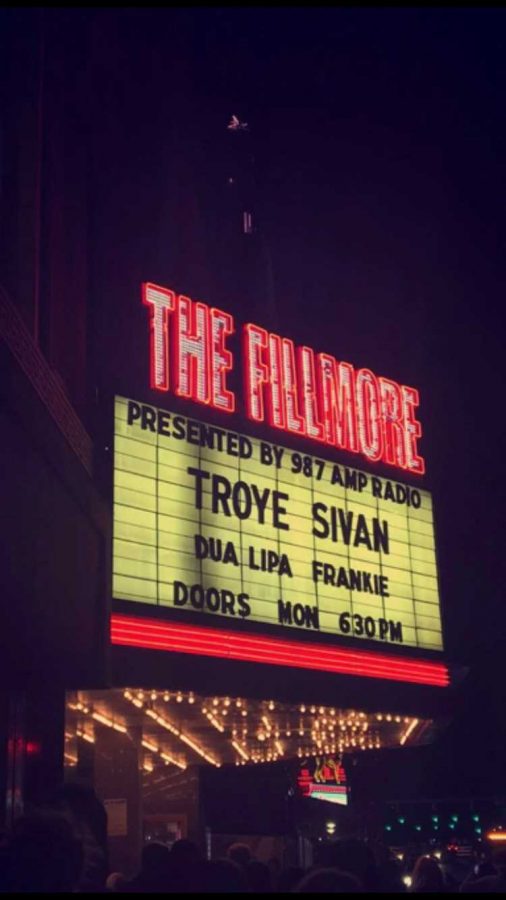 As the floor became increasingly crowded at the Fillmore, lights flashed and music blared. Excitement was building as the time ticked on. Everyone was anxious for the main act–Troye Sivan–to come out on stage. Soon, the colorful lights that had been dancing across the stage faded to black, leaving the building in complete darkness. The venue erupted in cheers as the Suburbia Tour began.

To start off the show, the first opening act took the stage. To be completely honest, I wasn’t expecting much from the openers. Sivan isn’t a major artist, so my expectations for the opening acts were relatively low. To say the least, I was pleasantly surprised.

FRANKIE, the first opener, had a phenomenal stage presence. When her beautiful voice rang through the venue for the first time, many people (including myself), were caught off guard by her talent. Her passion for performing was easily seen, especially during her song “New Obsession.” Although she only played four songs, her quirky attitude and overall talent was a pleasant start to what would be a memorable show.

The second opening act, Dua Lipa, exceeded the previous act’s talent; if that’s even possible. With upbeat songs such as “Blow Your Mind,” “Be The One,” and “Last Dance,” it was impossible to stand still during her performance. Her voice was even more stunning than FRANKIE’s, which was an added bonus to her already remarkable stage presence. She moved effortlessly across the stage, making it clear that she enjoyed what she was doing. The music style was unique, it had a poppy feel with an underlying racy tone. Her musical talent plus her risque performance made for a great preview for the main event.

Soon after the openers had left the stage, Sivan began his show. He played songs off his debut album, “Blue Neighborhood,” and he did not disappoint. Sivan’s live performance was incredible; his voice portrayed his obvious talent and passion for music.  His upbeat songs such as “WILD” and “LOST BOY” had the whole venue on their feet, jumping and singing along. On the other hand, emotional ballads such as “HEAVEN” and “BLUE” had the Fillmore waving their hands respectfully in time with the music. To make the show even more unique, between songs Sivan would often take a break and just talk. Whether it be about the show itself, or small anecdotes, his brief chats made him seem like a normal person who genuinely wanted everyone to enjoy his show.

Overall, Sivan gave a phenomenal performance. From the minute the opening acts stepped on stage to the minute the final song ended, I was enjoying myself. With Sivan’s quirky, bubbly attitude shining through his dancing, singing, and talking, his stage presence was truly unique. He has an obvious talent, and Sivan’s concert provided me with memories and experiences I will carry with me for a long time. 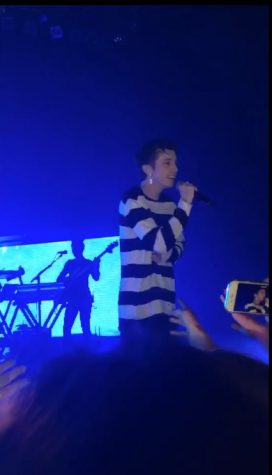