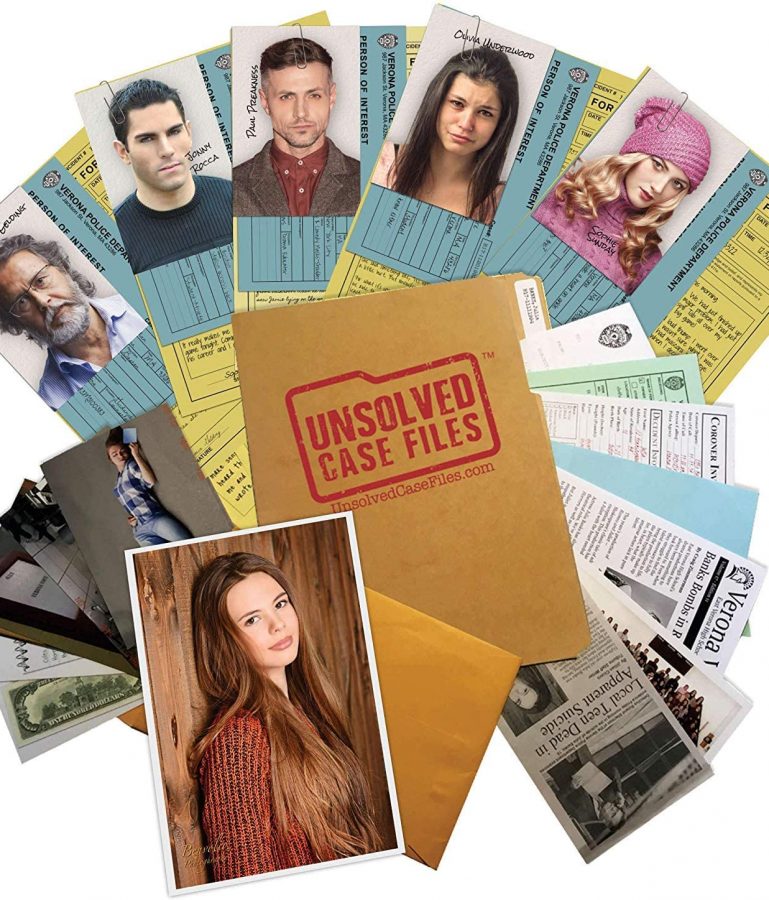 A picture of all that is included in the Jamie Banks murder file.

My childhood dreams of being a detective have been crushed over the past two days.

With most of the books I read having been made up of iconic detectives likes Nancy Drew, the Mysterious Benedict Society, the Boxcar Children, and a variety of other sleuthing children, it was no shock that my love for all things mystery would follow me into my teenage years.

Now, classic books have been replaced by TV shows that are based on solving murders and trying to find the serial killer before more citizens are harmed.

While scrolling through TikTok several months back, I found myself on the page of a teenager even more addicted to solving mysteries than me. While stalking her page, I noticed there were several videos of her showcasing a packet of files that she claimed were the perfect way to experience the world of detective work.

The packet was called Unsolved Case Files, a pretty recent company that sold different “unsolved” murder case folders that allowed you to attempt to solve the murder using clues found in the supplies that came with the set.

I was enthralled as I researched every single case and quickly became captivated by the buy button on Amazon. As much as I wanted to buy each of these cases, they are sold at a hefty price, one I believed was far too high for me to spend on a one-time activity.

Luckily, I was able to receive two case files from my cousin and parents recently from my birthday.

The files were just as detailed as I had imagined and I was filled with excitement every time a clue was revealed through my careful eye. The first case I solved was that of the murder of Harmony Ashcroft.

The file took my mother and me a little over an hour to complete, but the anticipation of the story and motivation to close the case kept me lost in time.

After spending three hours to solve the second file, it crushed me to learn that being a detective was not a future career I should partake in. This file was extremely difficult for my mother and me to solve and left us puzzled. As much as we enjoyed this file at the beginning, by the end we just longed to have an answer to the murder.

After using far too many clues from the online website and finally solving the case, we were relieved to tuck the papers away and check the case off our list.

Both of these mysteries were perfectly set up; the files were filled with over twenty different pages that helped answer the question of “who did it?”

Overall, the Unsolved Case Files was an amazing experience. The variety of papers and the difficulty of the clues made me feel as though I were experiencing a full investigation. The thrill of solving the murders, with or without clues, filled me with happiness and left my mother and me feeling incredibly smart.