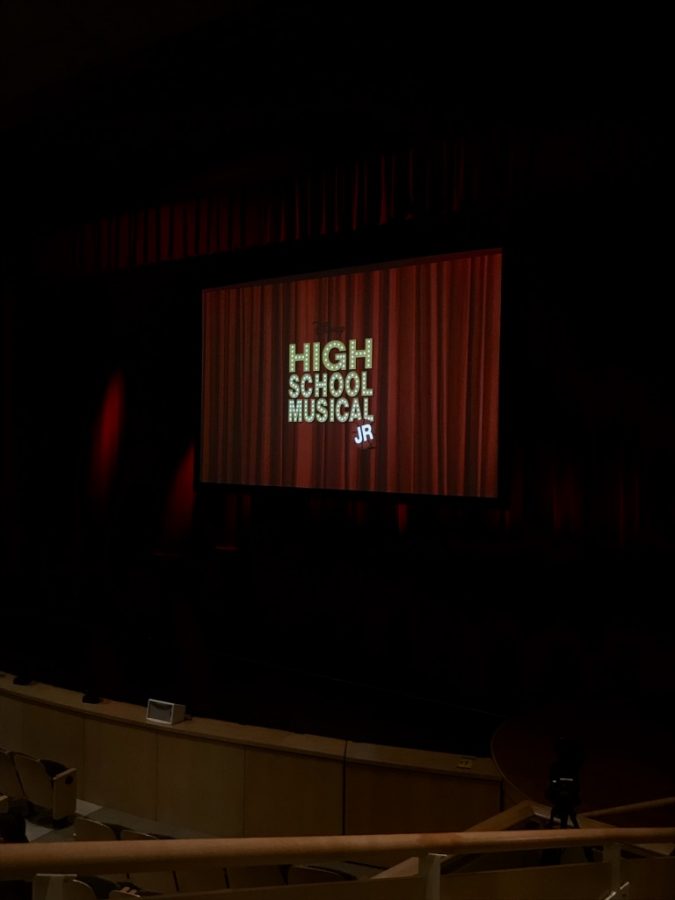 Ever since I was six and finally “mature” enough to watch High School Musical, I have been captivated by the movie. My younger self somehow managed to find a pair of High School Musical pajamas that I would wear nearly every night until their untimely demise—stained by a late-night bloody nose and with a tearful goodbye, tossed into the garbage can.

When the theatre department announced High School Musical Jr. as this year’s spring musical, I can guarantee that the entire front of my A.P. Lang class heard me gasp. Sadly, due to a large number of missed dance classes, I morally couldn’t miss another single practice, thus resulting in my inability to participate in the musical of my dreams.

Despite my inability to participate, my best friend snagged the opportunity. So luckily for me, I managed to find myself in the Fine Arts Center tonight, watching the first musical movie that FHC has ever produced.

If I’m being honest, I was clueless as to what to expect: perhaps a home-movie-esque production thrown together for the amusement of families? I could not have been more wrong.

The theatre department flawlessly created a movie worthy to air just like its original counterpart.

Each scene reminded me of one that would be featured in any Disney Channel Original Movie. From the opening scene alone, in which East High Wildcats—played by our very own FHC students—returned to school after winter break and performed “Start of Something New,” I knew I was about to watch a masterpiece that would do the original proud.

The characters were inexplicably, perfectly cast. I felt as though everyone of them was destined for their role, like it was etched in the stars billions of years prior, and their voices during the musical numbers were exquisite.

It’s difficult to believe that such talented people could possibly attend the same school as me, take the same classes as me, eat in the same cafeteria, pass me in the hallway. It feels too unreal.

My favorite scene—the main one that replays over and over in my brain—was when Coach Bolton barged into Mrs. Darbus’s detention to demand his basketball players back. These two stand-out actors, senior Nick Stockenauer and freshman Josie Butler—had the scene perfected to a science; it was exactly like the movie, down to the gestures and the rising and falling of their voices.

As a dancer, I especially adored the choreography. It was so original and complex—as complex as musical choreography can be—yet, amazingly executed, and the dance scenes featured members of FHC’s real dance team, led by senior Molly Vonk. Everyone in the cast had clearly rehearsed tirelessly to know exactly which steps were crucial to making the group dance scenes pleasing to a Disney fanatic like myself. These scenes were just like their Disney counterparts, showcasing many angles that were similar to the ones seen in the original High School Musical.

I would willingly watch High School Musical Jr. again and again, perhaps as many times as I have watched the original. As a Disney fan, I am absolutely obsessed with the execution of this film. It stayed true to the original, while also giving its own spin to the movie that will go down as a classic in my generation. The editing was to die for. Even the credits were exactly how Disney presents them. The scrolling cast list was just like watching a Disney Channel Original Movie, except I recognized personally familiar names.

As the nerd I am, I was unable to stop smiling from start to finish; my cheeks were sore by the time I got home.

There will be two more showtimes for High School Musical Jr. on Saturday, April 24 at 3:00 p.m. and 8:00 p.m. Tickets can be purchased on the Forest Hills Fine Arts Center’s website. They offer options for virtual viewings from the comfort of your own home and showings at the Fine Arts Center. Don’t miss out on this exclusive experience!