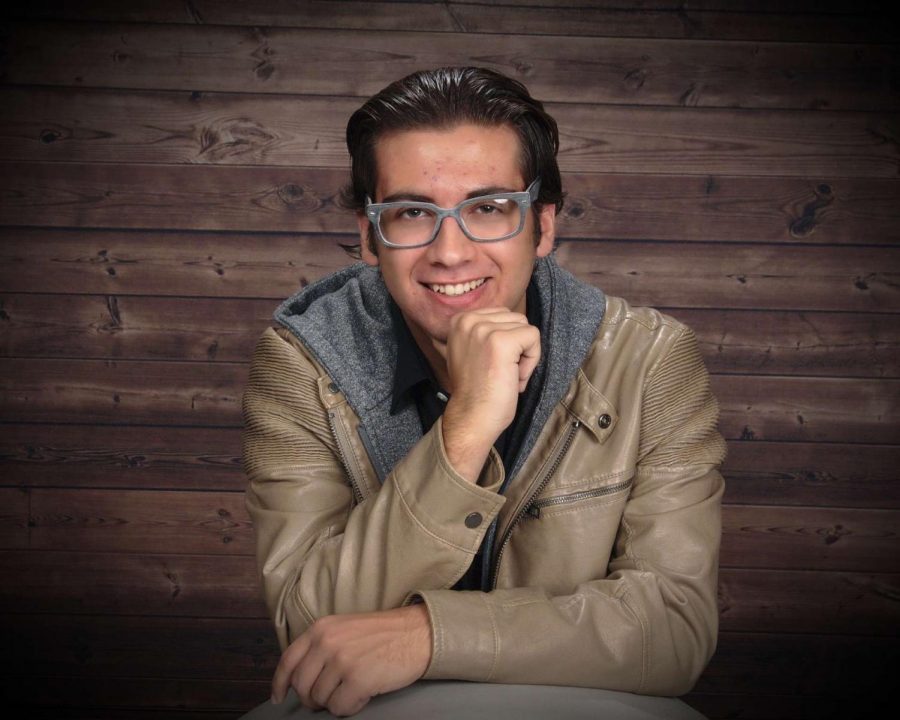 Choosing the right major in college isn’t the easiest thing to do, but for senior Rodrick DeOliveira, many loved ones guided him down the right path for which major and school to choose.

He is planning on attending Calvin University this coming fall. Although he was also accepted into Michigan State University, Rodrick decided it wasn’t the right choice for him.

“I wasn’t sure if Michigan State was for me because a lot of people from FHC are going there,” Rodrick said. “They’re great people in the sense that they have done good things; however, I would like to surround myself with people who have the same religious beliefs as me.”

Originally, Rodrick thought he was going into teaching, and he had everything lined up perfectly.

“I was thinking of teaching and [getting] a random business degree,” Rodrick said. “I was planning on taking a test to teach overseas in Korea or South Japan to teach English. If I didn’t like it there, I’d stay till the end of my contract and do something in regards to my [teaching] degree.”

Throughout Rodrick’s last year of high school, he planned out his schedule to line him up to become a teacher. He had the opportunity to learn about education by taking teacher cadet.

While maintaining knowledge from all four levels of Spanish over the years, Rodrick decided to skip taking Advanced Placement (AP) Spanish for his senior year.

“[For my] senior year, I decided to be a teacher assistant for a Spanish class,” Rodrick said. “[During] first semester, I was able to go to Spanish 1 and helped there, but I didn’t do much since there was COVID-19. We were online, hybrid, and in-person; because of that, I didn’t do much because as a teacher, you have to [make accommodations], and that was hard to figure out.”

Even though COVID-19 made it hard for Rodrick to be involved in the class, second semester was a lot easier for him.

“[During] second semester, I decided to take an independent study with the same class,” Rodrick said. “I was able to help with two classes, not just one: Spanish 2 and 3. I’ve never had [spanish teacher Kate Stacey] before because she was newer [to FHC]. But, I had a good experience with the higher level Spanish class, so she let me help out, and I really appreciate her for letting me do that.”

Although it seems like assisting with two classes seems like a lot of hard work, Rodrick was able to experience a bit of everything between the two classes.

“It’s funny because [what] one class couldn’t provide, the other one made up for,” Rodrick said. “In Spanish 3, it was mainly lesson plans with little interactions with students since it was such a big class, [and the] kids are mainly my age. Then, [in] Spanish 2, I didn’t do lesson plans, but I did activities and mainly was able to interact with students. When [Señora Stacey was teaching], I would help when someone would have questions or need help. I also graded quizzes for both classes, but it was nice since I got a bit of everything from both classes.”

It seemed like Rodrick had his entire future planned out in the sense of teaching. Yet, he was skeptical about choosing teaching as his major. Even though Rodrick’s initial plan wasn’t what seemed to be the right path for him, his family thought it would be a good idea to look into other options.

“I wasn’t sure [if teaching was what] I wanted to do,” Rodrick said. “One night, I was searching for jobs that pay well after recently talking with my family and what they expected from me in the sense of life path and career-wise, [and] I thought I’d be good at what wasn’t high paying, so I was ready to start from scratch.”

Once he talked everything over with his family and searched for new career paths, he was able to find a job that stood out to him.

“Medical and health service manager spoke to me when I was reading the job description,” Rodrick said. “It was something I could do well because I’m good with leading people and helping at the same time. That job mixes the two because it’s client information and managing, which is something that would really suit me.”

Once Rodrick told his friends and his family about his choice, they all agreed that it was something that would be perfect for him. At that point, he decided to think of what aspects of the job would make it something he wanted to do for a while. With his cultural background and the classes he took throughout high school, Rodrick knew he could bring something to the table.

“I thought in regards to my major in hospitals; it helps that I know Spanish and have a Brazilian background,” Rodrick said. “Being trilingual in the medical field—knowing I can speak Portuguese, Spanish, and English—means I can help those who don’t know English that well.”

Since Rodrick is Latino, he decided he wants to mainly focus on helping Latinos when it comes to working in the medical field.