Whatever’s in between here and there 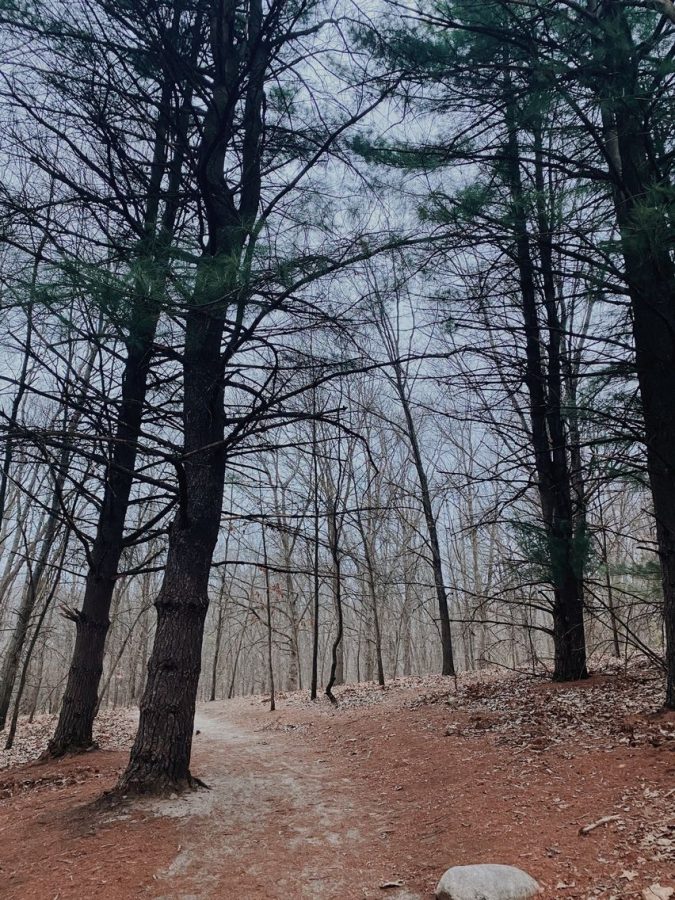 A photo from our second week in a row hiking, on another sad Saturday

She’s consumed by conflicting consternation on these late Friday nights, the time for adventures, for laughter in bubbles and bursts, for the epitome of teenage folklore.

She feels the shadowy black tendrils wrapping around her insides, placing their hands on her defiant shoulders, holding her under until she can’t breathe.

On these nights, she thinks too much. Like the dreams that used to contrast against medicated, sunlit days, now these sharp plummets are the evidence of everything she’s endlessly toiled to destroy.

And now, on these nights when the very meaning of the universe and existence begs to be given attention, she scorns her beloved words, reviles their useless presence, spits their banal, desiccated husks onto a page, and watches them fall without impact.

Her words have lost their hue, their vivacity.

She is their harshest critic, in a way she never had the gall to be, but now, she wishes she’d revert to placated acceptance of the phrases she has to give.

It seems impossible that she’s opened up and laid out every piece of her soul and simultaneously impossible that she hasn’t. The words are dull, like overused pencils, trying to recreate a picture that was brought to life when they were shiny and new; they don’t hold a candle to their former selves.

And because these words are her very essence—her very being—she wonders why.

She’s beginning to think it’s because nothing is as black and white as it seems. In convalescence, she’s learning the shades between black and white—that is, everything. But she doesn’t know how to work with those colors, how to write them.

She doesn’t know how to talk about what’s in between. About Saturday’s, and counting down the days, only to realize that she never should’ve wished for this.

About weekly hikes, to simply breathe in the fresh air, to feel the breeze and the burn in her legs.

Tea with honey and milk, kombucha, little grocery trips that she doesn’t have the money for, so she stresses about money.

And not knowing how to plan past today, doing laundry one day at a time because she hasn’t adjusted to knowing what tomorrow will bring.

She doesn’t think she knows what to do with any of this. She’s been saying she’ll be okay for so long now that she’s not sure she really knows how to be okay.

And maybe she’s starting to hate her words a little less.