My innumerable amount of stuffed animals keep me content 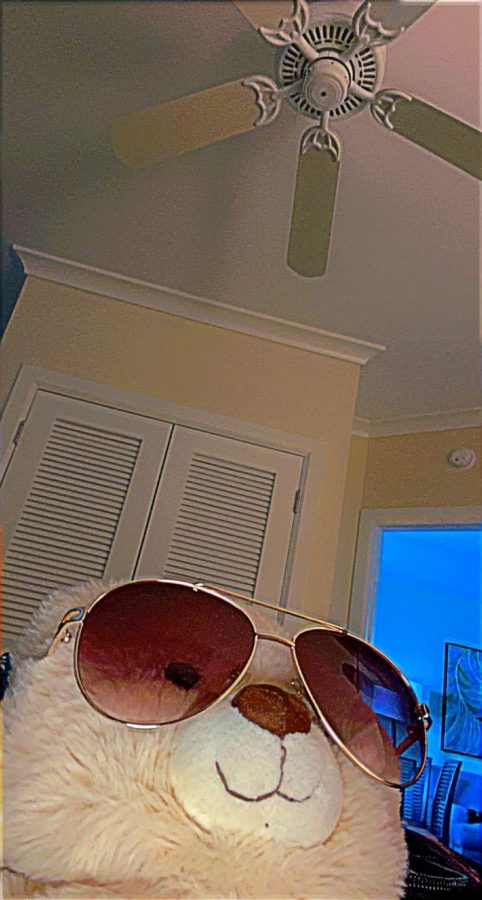 From when I was first introduced to the world until now, I have managed to endure quite a collection of various stuffed animals for my bedroom.

First, there was Baby. Baby was the first stuffed “doll” that I acquired. I was just a tiny baby myself—just one year old. She’s been with me since day one—well, the first Baby. I took the original Baby to Canada with me for a Taylor Swift concert, but she got lost when the room service swept her up with the bedding. She was never found, so we had no choice but to leave her behind. To make up for the initial Baby, my mom bought a new one, and I never thought of her as a second.

Another stuffed animal that got scooped up within the sheets was a miniature horse with big eyes named Google. I don’t remember the story of Google too much; it seemed to have flown past my head after he got lost. I didn’t like to think about him since he was one of the second stuffed pets I had slept with since day one. The only thing I can think of is his humongous eyes that seemed to follow you.

I also have a unicorn blanket that stays with me every night. When I was about ten-years-old, my mom took me to the mall, and I found a stand that sold Pillow Pet blankets. I had a tye-dye unicorn Pillow Pet already, but when I saw the blanket version, I just had to get it. From then on, the unicorn blanket that I picked up from the mall has been one of my favorites.

When I was little, I was a huge fan of stuffed animals. And oddly enough, I still am today. The two stuffed toys that I talked about, Baby number two and the Unicorn blanket, remain close to my heart and still sleep next to me at night. Over the past years, I’ve still been collecting and still finding more creatures to live with me in my room.

Now, at age 15, I obsess over SquishMallows. The bountiful animals crowd around my whole bed, replacing pillows. The pillows that I’ve acquired over the holidays sit on my floor while the SquishMallows rest on the bed. They also come in various sizes: some big, some medium-sized, and some small. There are also many different creatures. I have a ladybug, a horse, Baby Yoda, and many more. They make me happy because they are so different from any other stuffed animal that I have had, and they are also very diverse.

A new animal that has just joined the club is No Neck Ned. Ned is a teddy bear that appears to have no neck. Ned was a gift from my boyfriend, Luke. Ned is always with me wherever I go. He traveled with me to the Bahamas, upstairs and downstairs in my house, and even to sleepovers with my friends and family. You could say I’m rather obsessed with Ned due to the fact that he’s always alongside me.

The last animals worth mentioning are Orson one and Orson two. A visit to Walgreens ended with the purchase of a bird-like animal that made me laugh. I picked him up and saw that his name was Orson, and I laughed even louder. I screamed for my mom to tell her that I just had to get him, and that’s exactly what I did. At Michael’s craft store I found a second Orson that was slightly larger than the last. Seeing another Orson made me light up, and I knew that I needed to add him to the collection.

Stuffed animals are something that fills the empty spaces in my bed and open spaces within the shelves. Most of all, they fill me with joy and make me feel a smile on days when I find it hard to do.