It’s about time I stop romanticizing her 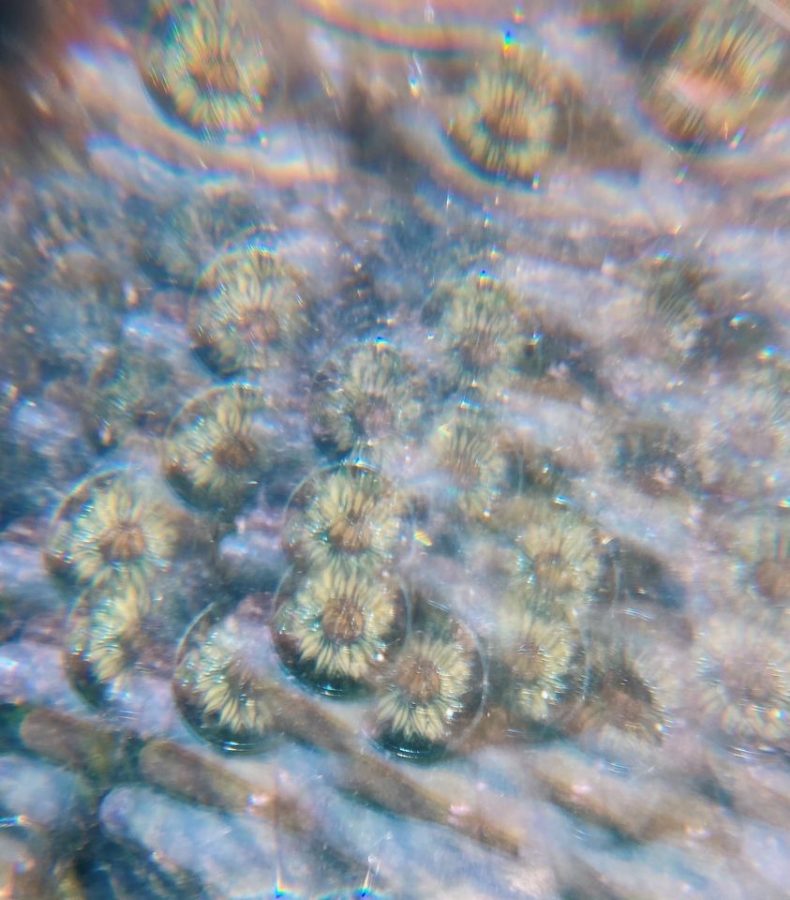 An image less reminiscent of the meaning of these words and more of the way they feel.

The hours between dusk and dawn are blending, sunrise encroaching itself upon her as she sits sprawled across her bedroom floor.

Beside her lay technicolor and dried-out paint supplies, a canvas half-covered exposing her inability to finish what she starts. From her shiny new record player floats the lyrics of Harry Styles and The Lumineers, and despite its presence in everything she does, spring is an essence she longs for.

She misses late-night conversations that have dwindled to bed along with the participants. She strives towards interaction and companionship. She talks about normality as if it’s a solid being and not a concept that changes with each day that passes.

I don’t particularly enjoy talking about myself. Maybe it’s because I do not like being placed within her story or due to my inability to stop romanticizing. As long as the weight of the air is freed from my shoulders and my feet are not shackled to dawn, I am safe.

Through her, I’ve learned to blur the lines between fiction and reality. She can prance with fairies and convene with the wind and still walk out on the other side, having learned some semblance of a lesson. I, on the other hand, am still trying to catch up. Who knows if I ever even will.

I can make up her ending, which is a simultaneously relieving yet restricting prospect. Because, in my mind, she’ll live with the pixies forever. She will traverse the woodland oasis behind her childhood home and live like Peter Pan for the rest of her days.

She is in a dream, the sort of dream that I am being forced to wake up from. I am saying goodbye to the place that has harbored our possessions and kept us warm—goodbye to what often feels like the only thing tying us together.

Even though she is intangible and often forgotten, I’ve begun listening to her music again—The Lumineers and Harry Styles once again becoming my sole comforts. Though it reminds me painfully at times of the past, it manages to meld vanilla with lavender. Grapefruit and lime waver over my tongue as the melodies fill my soul, and I am contented.

It reminds me blissfully of the now while remaining reminiscent of the past. That is the role that she plays, and that is what remembering this place will feel like.