The Central Trend • May 10, 2021 • https://thecentraltrend.com/100835/showcase/senior-sophie-young-takes-theatre-to-the-next-level-by-majoring-in-film/ 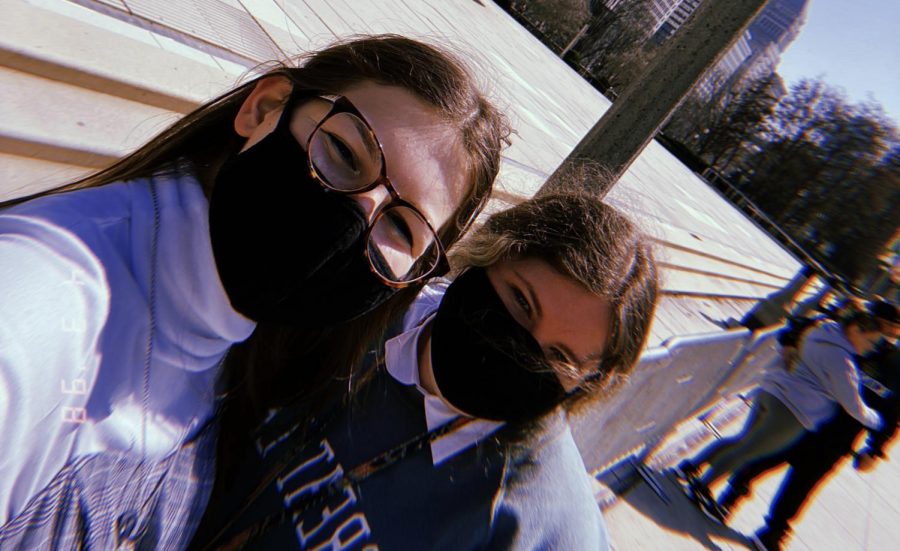 Senior Sophie Young has taken her dreams into her hands and is on the path to pursue her theatre career. To put it in perspective, she will be attending the University of Iowa to major in film and couldn’t be happier.

Feeling confident about her move to Iowa and knowing that her best friend is nearby, Sophie knows that this will be the right choice for her college experience.

This idea first arose because of all the time she has spent in theatre, and she noticed that it was something that she’d like to continue. Working with the actors and the crew backstage is what built Sophie’s love for the theatre. The more she pursued involvement with plays and helping backstage, the more she discovered that filming would be her main interest.

“You do still have the aspect of working with the crew and the cast whenever you’re doing a show or a project, but it’s not quite as stressful,” Sophie said. “If you mess up one time, you can retake that shot. Whereas with theatre, if you mess up while you’re doing a performance, that’s it.”

The idea of having a smaller role also struck her interest. Having the pressure of a part in the play was stressful and overwhelming, so Sophie liked the idea of not being the main director but rather taking place beneath the director and helping paint the bigger picture. Sophie was also drawn in by the chance to see the process of the show being put together as a whole, and the thought of seeing the end product seemed satisfying to her.

Sophie’s theatre days started in seventh grade when she auditioned for her first show alongside her older sister. Much of her inspiration came from the opportunity and experience of auditioning with her older sister with a theatre company called Stage GR.

While planning to do this for simple pleasure and not thinking anything of it, Sophie ended up continuing to audition for shows through the summer before her junior year came.

When her junior year hit, Sophie decided to make a slight change to her theatre endeavors.

“I decided to join crew just to try the other side of [theatre] and see what people had to do in order to make the show happen,” Sophie said.

After joining the crew backstage and observing what it’s all about, Sophie soon learned to love it more than being on the actual stage. Her job this year as a crew member was to be the lead of hair, makeup, and costumes; the costumes for many of the performances are typically borrowed from other FHPS buildings or the Circle and Civic Theatre. Sophie’s role was to fit people in the right costumes and touch up the ones that needed to be fixed or slightly altered.

With all of the opportunities that Sophie has had with theatre up until this point in her life, it is clear that she will be successful in her major in film at the University of Iowa.

“I talked with my friend, and we [conversed] about the pros and cons of that college versus others,” Sophie said. “So now, I’m going there, and I’m excited because she will be there as well.”