Film Festival Q&As: Who Did It? 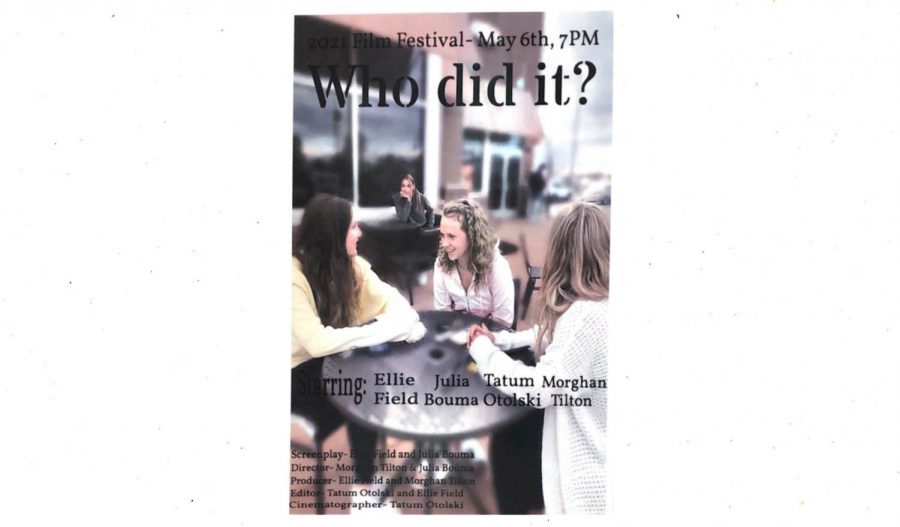 Film title: Who Did It?

“I think that people should definitely come to our film because my teammates and I have put so much hard work into the movie, and people definitely won’t be disappointed. It’s a perfect mix of comedy, drama, and suspense.”

“Past students in the class definitely are the ones who got me interested in filmmaking. I have gone to all the film festivals in the past, and it is always so cool to see all of the movies that high schoolers can produce and put together, yet look so professional at the same time.”

“If I am going to be honest, there wasn’t just one single thing that inspired me and my group. We thought it would be intriguing to make a film that high schoolers could relate to since the majority of our audience will be high schoolers.”

“Intriguing. I think our movie is intriguing because there is always something going on that keeps you on the edge of your seat.”

“I think the best part will be when our movie is getting broadcasted to the school. My teammates and I have put so much time and effort into this project, I can speak for all of us when I say we will feel very accomplished when it’s all over.”

“One lesson that I have learned is how important teamwork actually is. None of us would have been able to do it by ourselves. We had to rely on each other to not just get it done, but for the film to be entertaining as well.”

“There were so many steps that took place to be able to make this film.

1.) The first thing we had to do was a theme and plot development, which is basically when you decide what your movies are going to be about.

4.) The fourth step was we had to write a production plan. We had to include when and where we are filming a specific scene, who would need to be there, what props we would have to bring, etc.

5.) The fifth step was actually filming the movie. This took several weeks.

6.) The last step is editing the movie altogether. This also took several weeks.”