The Central Trend • May 4, 2021 • https://thecentraltrend.com/101161/showcase/hannah-bergman-follows-her-dream-of-architecture-all-the-way-to-nebraska/ 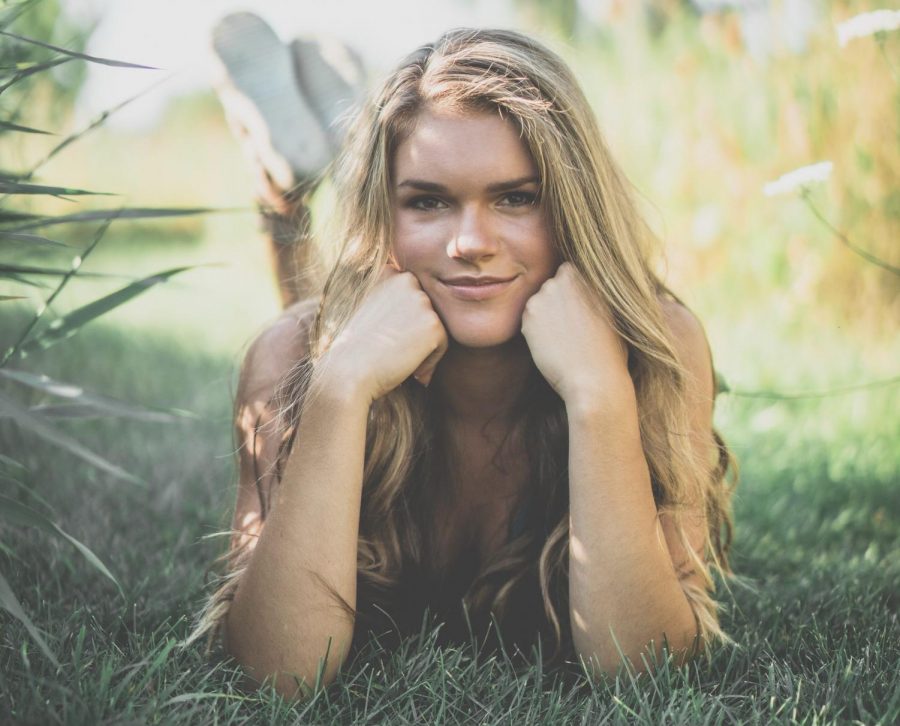 Senior Hannah Bergman is on the go.

While driving in her car, she talks about what is to come in her future. Hannah has committed to the University of Nebraska, not a typical school of choice for a Michigander. However, Hannah decided that this was the school she wanted to spend the next four years of her life at because of the financials they provided, the prepossessing landscape of their campus, and the fact that they had the major she wanted to pursue: architecture.

Hannah decided on a career path during her sophomore year of high school after taking a class with woodshop teacher Robert Miedema.

“I took an architecture course with Mr. Miedema my sophomore year,” Hannah said.  “I learned that I love design and homes. So, I decided that my passion is growing for architecture. That’s what would be a great major for me in college.”

Something else that Hannah is hoping to achieve while away at college in Nebraska is to study architecture abroad—preferably in Australia or New Zeeland—which is something that the University of Nebraska does offer.

“I think it would be really cool to just see the world,” Hannah said, “and especially in architecture–to expose myself to buildings and structures outside of the U.S.”

With the University of Nebraska being ten hours away from a place where she calls “home,” the biggest thing that Hannah is going to miss is the close bond she has formed with her family and coming home to see them every evening. Yet, thankfully, she is not venturing to Nebraska alone.

Senior Grace Pennington is also venturing to Nebraska with Hannah, and she is more than excited to bring a little piece of home with her to a place so foreign to her.

Grace and Hannah were not originally planning on going to Nebraska together, but shortly after Hannah committed, Grace did as well. Though they are not planning on sharing a dorm together, it will be nice for them to not be completely alone.

“We will not be rooming together just so that we can meet other people and expand our boundaries,” Hannah said. “I definitely will spend time with her, and we’re probably going to be in the same buildings.”

Hannah has enjoyed her time here at FHC. For a while, she played volleyball until the middle of her junior year. At that time, she decided she was up for a change.

“I just have found other hobbies and passions outside of volleyball,” Hannah said. “So I’m hoping to explore those.”

Hannah already has an idea for what some of those hobbies are going to be. She has found an interest in boxing after attending some classes, along with strenuously working out at the gym.

Like many seniors at this time of year, Hannah has found herself reflecting on her past four years of high school at FHC. She has some insightful thoughts on what she has learned and what she will take with her as she leaves Michigan and travels to Nebraska to pursue her architectural dreams.

“You need to be true to yourself,” Hannah said. “It doesn’t really matter what others think, and you shouldn’t let others’ opinions affect how you want to live your life.”