The Central Trend • May 6, 2021 • https://thecentraltrend.com/101425/opinion/thomas-rhetts-new-album-has-all-the-summer-feels-and-so-much-more/ 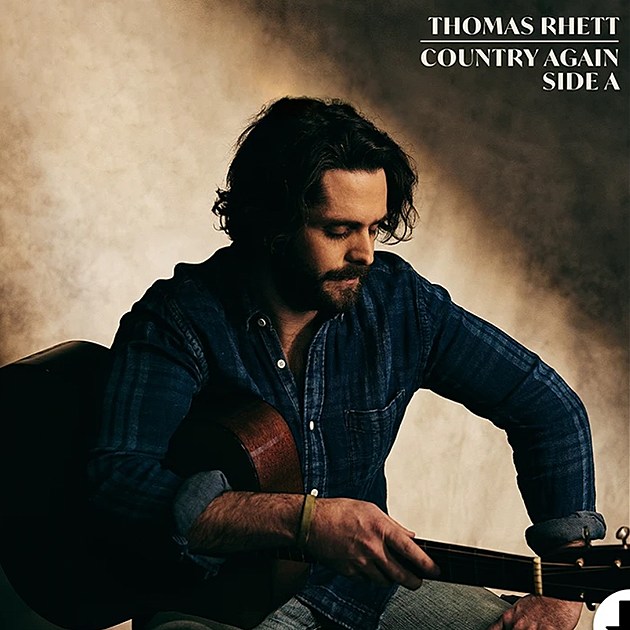 I have always admired country singer Thomas Rhett. Over the years of listening to his music, I have discovered that he is not only tremendous at singing but appears to be a level-headed human who cares for his family and others—as seen on social media.

Throughout the country industry, I have realized that not all country artists are as pure and wholesome as they make themselves out to be. Personally, one of the reasons why I love to listen to Rhett’s songs is because they bring me peace and bliss. Rhett’s songs are influenced by his family and life in all different ways. I find it mesmerizing how he can turn his messy, chaotic, and fun lifestyle into music that is enjoyable.

Rhett’s last album, Center Point Road, was by far my favorite album he has created. This album is home to upbeat songs that could easily put a smile on anyone’s face. Although his last album was extraordinary, I was unsure of what to expect from his future pieces, as I wasn’t sure he could pull off another great collection of songs.

Once again, he has proved me wrong.

Rhett’s new album, Country Again (Side A), was full of eleven elegant pieces, and even though I was secretly hoping for an upbeat vibe, I can confidently say that I was okay with the slow tempo each song held.

The first track, “Want It Again,” was a heartfelt piece that had a soothing tempo. Judging from the past songs Rhett has made, I feel that slower-paced songs are his strong suit as his voice always seems to flow perfectly with every word. “Want It Again” didn’t seem to have a personal meaning to him, but I can only assume. During this song, I found the topic to be relatable as the problems vocalized throughout the songs could be reality. A prime example of this is when Rhett said, “They say young love just don’t last, well it looks like they were right about that,” and “Well you moved on and so did I, but you dance around in the back of my mind.” Even though this piece might not have been energetic, it was lovely to hear Rhett’s voice flow to a different—slower—tempo.

As I kept on listening to the album, I found that “Growing up” had won my heart. The tune wasn’t slow, but it wasn’t too energetic either. The song overall had a happy medium amongst the beats. “Growing Up” was not as heart-touching as the others but made me feel a little sentimental. The message of the song was about maturing and looking at situations with more of an open mind. Rhett vocalizes this by saying “Lookin’ in the rearview mirror, I see things a little more clear, what it took to get me here makes a lot more sense,” and “Guess you get a little older, get a little wiser.” I feel that a song like this fits perfectly with the events I have encountered recently; I feel that I have grown immensely as a human throughout my high school days.

Overall, I feel that Rhett’s album was a success. With that being said, I know for a fact that I will always adore Rhett, as well as appreciate every piece he creates. Knowing that he will give back to the community and fill the world with more happiness only makes his songs that more delightful.