The Central Trend • May 10, 2021 • https://thecentraltrend.com/101543/opinion/why-performance-activism-isnt-enough-to-spark-change/ 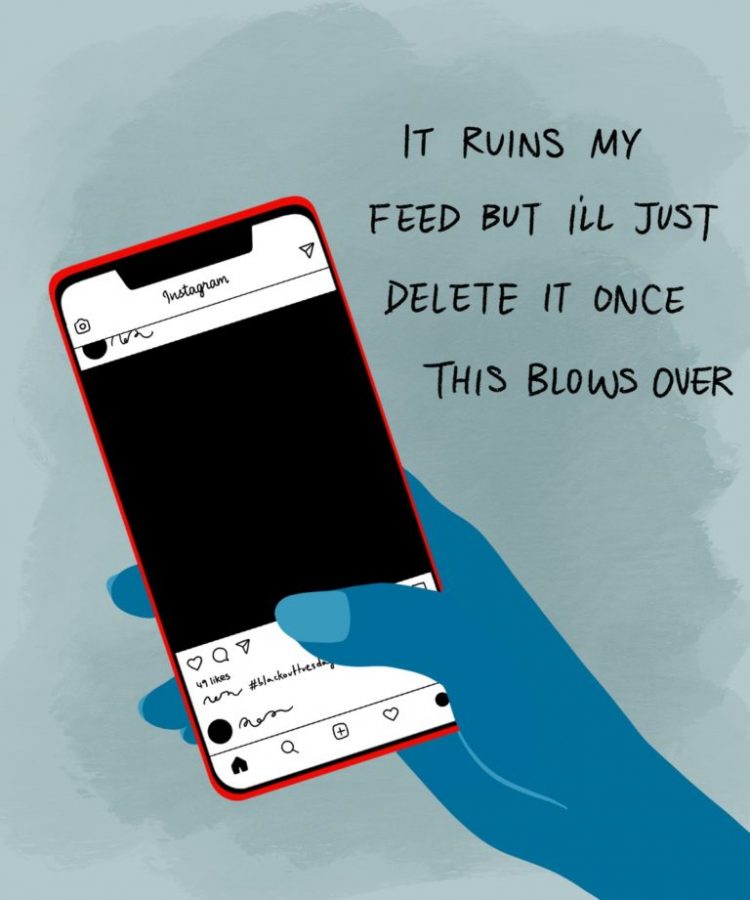 Put an info card on your story to show that you care.

With copious social issues coming to light, social media is the place to learn, hear, and spread awareness on these issues. But the problem with this is that something will “trend” one week, then be forgotten about and stripped from people’s vocabulary. Performance activism is when someone uses activism to increase their social standing, rather than being invested in the actual issue itself, and it has become a prevalent problem on social media.

The Black Lives Matter movement, preventing animal testing, protecting the Arctic, and many other serious situations aren’t trends to be posted on a story without even knowing the context of the situation.

According to Petiri Ira from Medium, “Users of performative activism only act as ‘allies’ when it is convenient for them, and they use it for their own personal gain, in order to be viewed as an ‘ally’ by society, in an attempt to avoid backlash and criticism.” (The Difference Between Performative Activism and Genuine Allyship).

Selecting a cause because it matches an Instagram aesthetic while bypassing another one is an example of why performance activism hurts more than helps.

Back in June of 2020, #blackouttuesday was a collective protest against police brutality and racism. This was followed by many using the hashtag “blacklivesmatter” while not realizing that this was silencing the voices of black people trying to use their platforms to educate by clogging up the hashtag with swarms of black squares.

This happens with celebrities as well. With such a big platform, people rely on them to spread awareness, but how much of it is genuine? According to Voxatl.org, “From #BlackOutTuesday, to the Instagram chain and many major brands such as Dolls Kill and Brandy Melville getting exposed for racism despite claiming to support the Black Lives Matter movement, it has been shown that performative activism is a problem during these challenging times” (The Dangers of Performative Activism).

One week, black lives matter to people, while the next, it is forgotten, and society has moved on to the next big thing that has caught fire whilst leaving the other behind to be an unfinished problem.

While I have posted about issues such as these, attempting to better the community can be done without social media and could be as little as simply supporting a company that shares similar views.

Caring about these topics doesn’t mean displaying that you reposted a story from Change.org. It can mean that outside the media and the public, you are trying to change your ways or help out in any way you can. University Star says, “Social media’s blending of performance with political action holds consequences felt at every level of society. The effects can be seen in a variety of displays by celebrities, ‘movements’ like Blackout Tuesday and the fabrication of ideologies” (Performative Activism Does More Harm Than Good).

Showing that you care doesn’t always necessarily mean donating money; it can come by simply signing petitions or even changing something quietly and personally.

For example, instead of someone only posting the infographic card about how animal cruelty is wrong, they could make the switch from buying animal-tested products to cruelty-free.

Donating money isn’t the only way to influence society. Impact starts with yourself and the little changes you make in your life.