The Central Trend • May 11, 2021 • https://thecentraltrend.com/101653/showcase/emily-smith-plans-to-pursue-her-interest-in-math-and-science-through-a-unique-occupation/ 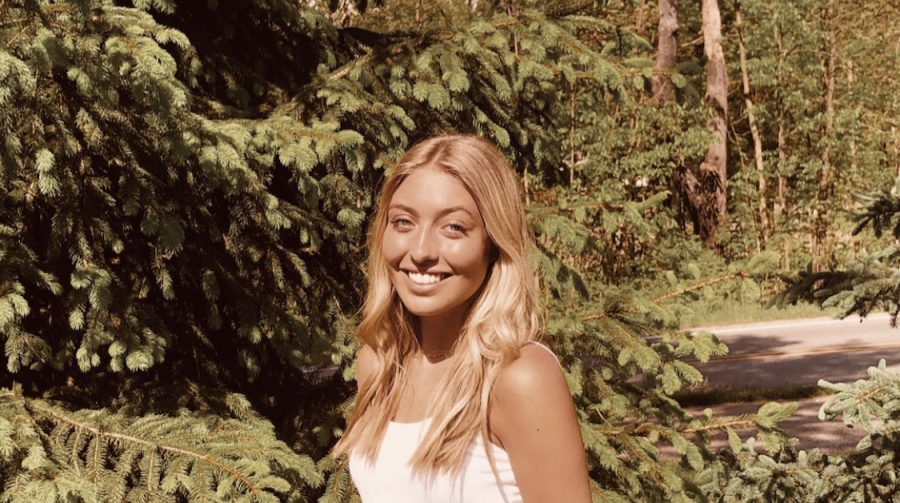 Junior Emily Smith doesn’t believe that it’s only what’s inside that counts.

As an aspiring packaging engineer, Emily knows the importance of not only the product, but of the container it is in as well. She discovered such an unheard-of career from her older sister’s friends. Her sister herself is an important role model for Emily.

“She’s very smart,” Emily said. “She went to [the] University of Notre Dame, and now she lives in California. She’s kind of my inspiration for everything.”

Although she wishes her sister was closer in age to her so they would see each other more often, Emily knows that without their age gap, she wouldn’t have the opportunities she has today. Since she watched her sister go through the process, Emily feels prepared for the college applications and her future beyond high school. Emily not only learned about the path to college but also her dreams. Through her sister’s ties, she found her future.

“My sister has some roommates in California where she lives right now, and some of them are packaging engineers,” Emily said. “When I was really struggling to figure out what I wanted to do, I talked to her roommates, and they helped me through that.”

The packaging engineer career extends far and wide with so many products needing to be packaged. From boxes to bottles and tools to makeup, the packaging methods are endless. Emily is mainly interested in shampoo bottle design as the focus of her career.

Although Emily was informed of such a profession by her sister’s friends, many people are unaware of this job. Many wish to pursue a career in science and math, but the engineering of packages is not an open door that many see.

“I know a lot of people that like English more than math, but I do know some people that like math over English, and they’re struggling to figure what type of career path they’re looking for,” Emily said. “Only some schools offer the packaging program—Michigan State is one of them.”

Since the packaging program is only limited to a few schools, it is overlooked even more so. However, such an occupation incorporates math and science while also unlocking the left brain’s creativity. Emily encourages students who are interested in engineering and science careers to take a look at packaging engineering.

“I know a couple of my friends are going to other types of colleges that don’t offer [the packaging program],” Emily said. “But, [if] people want to go to the colleges that offer it, I do mention it to them.”

Emily is currently preparing for her later studies in her science and math classes. As a student of Pre-calculus and Physics, Emily looks ahead to her AP Physics class next year and to her engineering classes beyond.

Although Emily now loves science and math, they weren’t always her prime interests.

“When I was younger, I used to love to write, actually,” Emily said. “Now that there [are] things that you have to do in writing, [such as] be precise but also expand your creativity, and that’s super challenging to me.”

Conversely, Emily hated math and the workbook style she had always learned it in. However, in seventh grade, she began to get into more complex math and enjoyed learning about it. When she learned about proportions and story problems, she began to see how math could fit into her everyday life.

While math and science may not seem to have as much creative potential as language arts subjects, Emily plans to use her favorite classes to express herself.

“I not only have the math skills, [but I] can always make cool packages,” Emily said. “I can make different types and make it interesting and creative. I like how you can tie both of those in together.”