The Central Trend • May 13, 2021 • https://thecentraltrend.com/101746/opinion/the-pandemic-induced-a-fashion-fallout-will-this-industry-make-a-comeback/

The pandemic induced a fashion fallout—will this industry make a comeback? 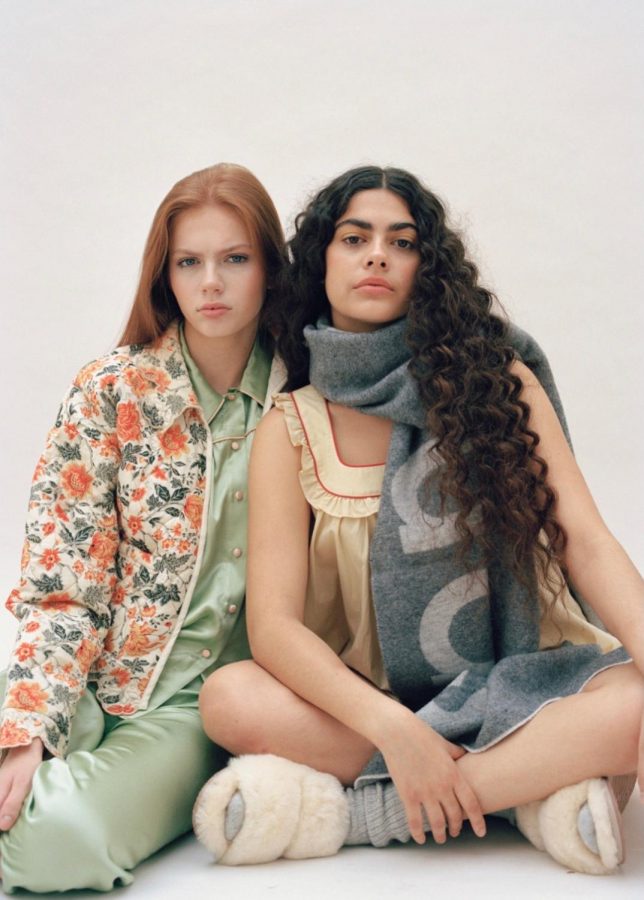 The fashion industry is down in revenue by a third, losing billions of dollars since the onset of COVID-19. Millions of consumers have put away their heels to embrace sweats, leading to top fashion trend watchers wondering if fashion will eventually make a comeback and, if so, what it will look like.

While the break from ever-changing fashion has had many positive effects from an environmental standpoint, there have also been many negatives associated with the industry’s stall.

Prior to the pandemic, there was a gradual shifting toward more casual attire. For those who’ve ever watched the show “What Not to Wear” I’m sure you have heard Clinton Kelly and Stacy London famously and regularly discussing the “pajamafacation of America.” America has gradually, yet steadily, been sliding into a more casual way of day-to-day dressing. People used to dress for work, church, and even to ride on airplanes. Over the past few decades, however, America has embraced the comfortable alternatives.

Now, with the advent of the pandemic, we’ve spent the past year doing school from our beds and even watched adults running companies all in pajamas. Will fashion make a comeback? Or, are we forever resigned to reverting to more casual wear even as we re-enter community life.

Fashion industry experts have split opinions on this one, well, sort of.

Many feel that if we look to history, we should anticipate a huge comeback. Post World War II, designers came back hard with a bend toward formal and fitted wear after women spent the war years working in casual jumpsuits. “During World War II, for instance, women wore jeans and overalls as they took over men’s jobs. Then, in 1947, Christian Dior unveiled his debut collection, which featured figure-hugging jackets, fitted waists, and A-line skirts. It was a radically feminine look that repudiated the utilitarian, masculinized garments of the previous years—and that was the point” (Segran, 2020).

Other fashion trend followers believe the entire industry will remain forever changed. First of all, many jobs were forcibly left leading to the closure of countless factories which led to a disruption in the distribution of clothes. On the upside, the environment has taken a breather. “The fashion industry is the second largest polluter in the world just after the oil industry” (Fashion & Environment, n.d.). With less clothing being produced and consumed, people wear what they have—and they re-wear it.

So, as our environment has taken a break, fashion enthusiasts have also had to take a break and adapt to the change in production and distribution. Gone are the days when you could order a dress on Monday and anticipate its arrival by Thursday. We have had to become far more resourceful if we need an item for a special occasion. I have personally witnessed much more borrowing and re-wearing of clothing in the past eighteen months than ever before. We, as a generation, have learned to live with fewer items which may be the foreshadowing of a possible true end to quantity buying over quality buying.

If this consumer purchasing trend continues, it may tilt the scale toward a trend of minimalistic closets. We have adapted, and even me, one of the most enthusiastic fashion lovers, has learned patience. There are fewer workers in the industry, delays in delivery, fewer occasions to dress for, and an acknowledgment of how less quantity has benefited our planet.

It’s quite possible the fashion industry experiences a split while coming out of the pandemic. There may just be a widely dramatic emergence of formal options next year; but at the same time, there may be those still embracing a more casual style forever.

One thing is for certain: much like the last year has been, it will be interesting to see it unravel.