The Central Trend • May 14, 2021 • https://thecentraltrend.com/101756/opinion/louis-knights-new-song-maybe-that-shows-off-his-phenomenal-vocal-and-songwriting-talents/ 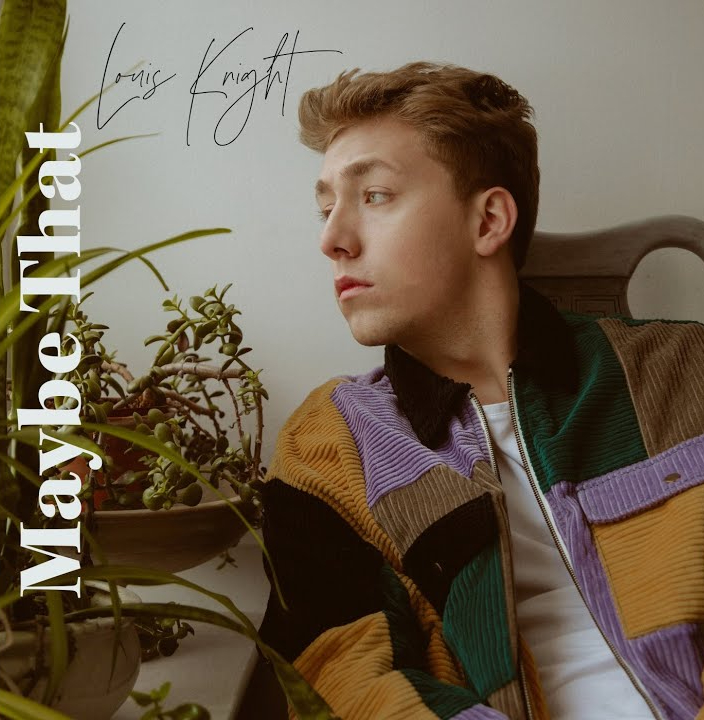 On my birthday this year—March 19—it was evidently a special musical-related day for someone else too.

Louis Knight, an English singer/songwriter who appeared on American Idol season 18, graced the world with another single that is sure to make his audience hit repeat multiple times.

The song, “Maybe That,” takes its listener on a journey of love, heartbreak, and everything in between.

Essentially, the song talks about how Knight wishes he would’ve fought a little harder to save his past relationship, hence the lyrics, “Wasn’t going to beg another soul to stay, and maybe that was my biggest mistake.”

Knight is dwelling on the “what if’s” and trying to figure out where he went wrong with the girl that was such a big part of his life before the breakup.

Though usually, the hope is that both people in the broken relationship are able to move on with their lives, Knight sings more about how she is fine, but he is still getting to that point of moving on.

The most prominent message in this heartfelt song is to make sure you take your chance while you can, otherwise, you could be left regretting your decision.

“It’s been a year, and I know you’re fine,” is something that I’m sure Knight has had trouble with as he moved further and further away from his relationship with this girl.

Though the message wasn’t the happiest of ballads, I thoroughly enjoyed listening to Knight’s different path he took with this one focusing more on movement.

As a fan of Knight’s other songs such as “Change” and “Just Kiss Me,” I am always looking for new sounds from the English singer.

However, compared to his previous songs, “Maybe That” took a slower pace, focusing more on emphasizing the words and meaning rather than presenting itself as a super jam-worthy tune that you simply feel the rhythm of.

Usually, I’m more drawn to upbeat and catchy songs, but I’m glad Knight took the chance to try a new piece of music, though, I hope he doesn’t stick with this pace forever.

One element about Knight that immediately stands out to me is his instant recognizability—no other singer sounds like him. I bet I could close my eyes and know it’s him singing the song from the first note that comes out of his mouth. Not to mention, he has an English accented voice which makes the listening experience that much more unique.

Though Knight acts like he doesn’t know why he’s so popular, I’m sure he has some idea of how phenomenal his voice is, because, when paired with his flawless songwriting skills, his success is inevitable. Though, I’m assuming he’s just humble—an admirable trait for musicians in my opinion.

Knight’s style of music fits into what I normally listen to; I listen to a lot of different types of music, and I don’t know how to describe the type of music I like, but I do know Knight’s songs fit into that category.