The Central Trend • May 14, 2021 • https://thecentraltrend.com/101840/showcase/freshman-sloane-corey-finds-a-sport-she-loves-in-tennis/

Freshman Sloane Corey finds a sport she loves in tennis 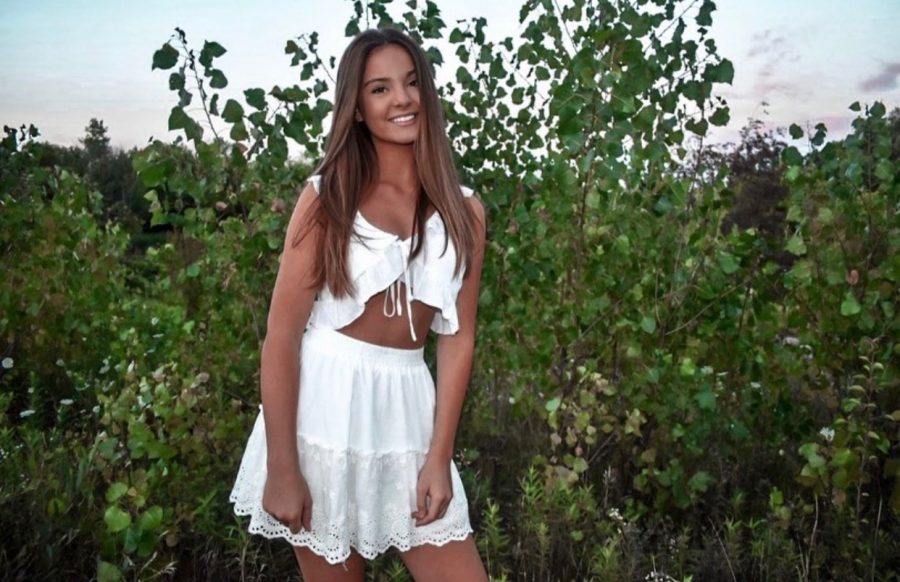 Recently, freshman Sloane Corey has picked up a new hobby—a hobby that involves comfortable shoes, a racket, and a neon yellow ball.

This being her first year of high school, she decided to try out for the tennis team in order to try something new, explore a new possible hobby, and meet some new people, but she also decided to join because her older sister, junior Coco Corey, who she looks up to, is on the team.

“My sister is on the same team as me,” Sloane said. “She really liked it, and it’s pretty easy to pick up; I was excited, and a lot of my friends are also on the team.”

Besides getting to play tennis with her older sister, another draw to the sport of tennis for Sloane is the quality time she gets to spend with one of her best friends both on and off the court now that they have pretty similar schedules.

“It’s a fun, competitive team,” Sloane said. “One of my really good friends is my doubles partner, it’s really fun to go to all the matches [with her], and having practice with all my friends is really fun. Our coach is also really good.”

Tennis, a game that can be played either with or without a partner, has seemingly come naturally to Sloane. She loves the thrill that comes with competing and the bonds that have grown within her teammates. The positive atmosphere of the team and the supportive cheers from her teammates on the sidelines are another draw for her to the sport.

Not only has Sloane found a sport that fits her now, but a sport that she plans on playing next year and even after high school too as a way to stay busy.

She may not know yet what she wants to major in or where she wants to end up going to college, but Sloane is pretty confident about two things: she is going to attend a college of some sort and keep playing tennis.

“I’ll probably keep playing tennis,” Sloane said, “but I really don’t know what I want to do when I’m older.”

Regardless of where she is going to go with her schooling in the future, Sloane is looking forward to things getting closer to normal in time for her sophomore year as far as learning styles and extracurricular activities go.

Even though she is most looking forward to not having to switch to different learning styles on a weekly basis, Sloane is also looking forward to having the normal high school experiences like attending sporting events and getting dolled up for dances with her friends.

“I’m really looking forward to next year because it’ll be more normal,” Sloane said. “I think that it’s been hard to switch through going hybrid, online, and then in person. I hope we can stay in person.”