The Central Trend • May 14, 2021 • https://thecentraltrend.com/101844/opinion/topaz-jones-new-album-is-the-musical-embodiment-of-a-polaroid-paired-with-an-intricate-storyline/ 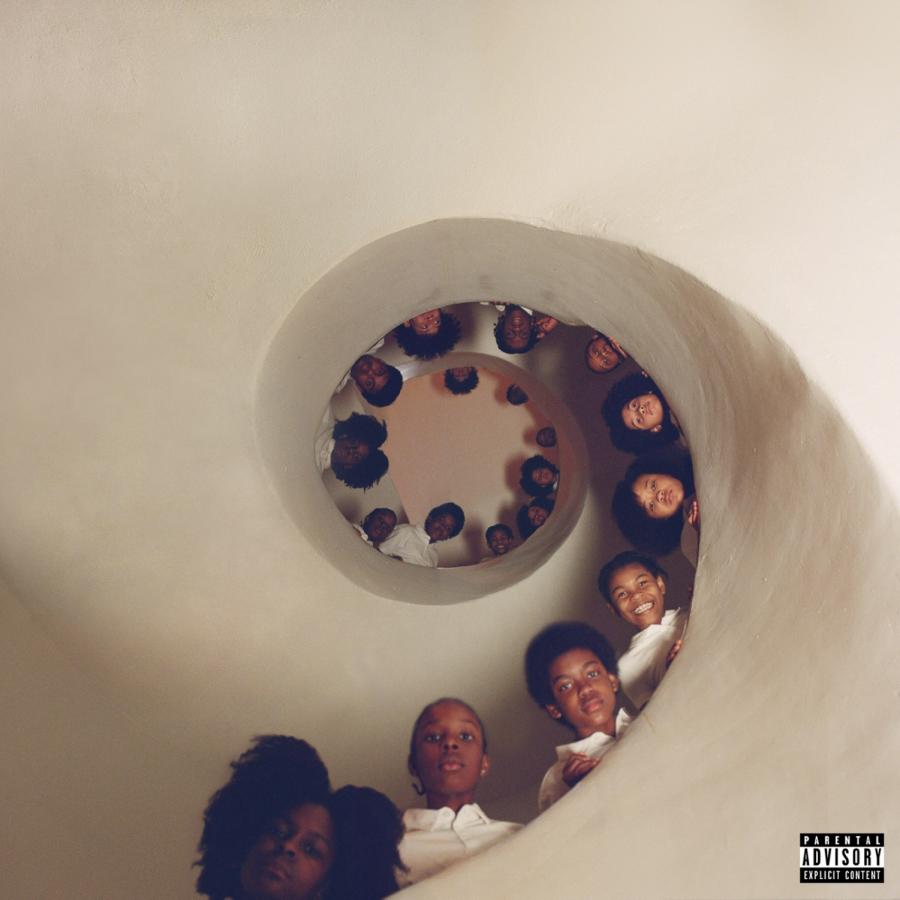 The album cover for Don't Go Tellin' Your Momma.

The click of a polaroid and the warmth of its nostalgic film is encapsulated by the album Don’t Go Tellin’ Your Momma by Topaz Jones.

Embroidered in silky rhythms and saturated by a synopsis of juvenility, this album is a storytelling series of Jones’ childhood, additionally giving a feel of the Black experience from his own standpoint. The retro beats radiate an essence of soul and funk which go hand in hand with the underlying historical lesson about Black culture—it artfully demonstrates the beauty and brutality it entails. In my many minutes of listening to autobiographies written through hip-hop and R&B, this album sparks a new sort of feeling within me—a sense of buoyancy in my brain, a wave of electricity in my bones. It is an album in which I find my calm through a tinge of spirited soliloquies.

The first song is titled “Mirror,” which props up an overview of his story being relayed throughout the entire album. Like the title, this song is the mirror that Jones’ self is reflected into, retrospectively indicating his experiences with family life and the environment he was encircled by as a child. The imagery sewed into the lyrics gave me an image of flipping through a scrapbook, but with the crux of some misfortunes. Twisting through harmonizing voices and bubbly tones, this song has an effortless continuance of synthesis with etchings of felicity—it administers a moment where I can feel gentle and blithe.

“Herringbone,” the following song, is the epitome of a family dysfunction—the sole purpose—transmitted through a track of upbeat tempos. Jones’ lyricism in describing the turbulence of relationships within a family makes for a groovy two minutes, while also giving the context of a darker theme. Furthermore, this song describes what his living situation was like as he grew up and how he just wanted to capture a genuine and peaceful moment with his relatives. I found that this song was almost like meeting his family—descript enough to feel that it’s like having a meal with them. It’s a point of the album that reflects an intrinsic part of his adolescence and how that resulted in his character and his life story.

Like coffee without cream, the song “Baba 70s” has a lick of boldness in its base and bitterness in the lyrics. The words resemble a more distinct message of calamity within Jones’ life and interpret the true hazards of being a Black man. From the references and comparisons, this song is brought together by a cohesive perspective of his experiences, with the exception of the overall timbre—a very seventies-esque vibe that resonates with the clever title.

The album’s closure is the song “Buggin’.” With its satirical attitude and its thoroughness in figurative language, this song describes the archetypes within society through the narration about different insects. Yes, it might seem just a little bit out of pocket—I’ll admit that I thought that originally—but it surely is not. After deeply and extensively listening to the lyrics, I realized that the bugs in question all seemed to fall precisely under certain stereotypes that I have observed, which would seem like a strangely difficult task. And to wrap up the motley of beats played through the album, “Buggin’” has a mellow voice and consistent rhythm and finishes with a story being told by a woman who could possibly represent his mother or the symbol of the story. She, in the last lyric, says “My mother always taught us-‘If you don’t know what to do, be a good listener,’” culminating yet winding down the entirety of the album.

Don’t Go Tellin’ Your Momma is a lush and dynamic melody of cultural and personal fables and woes; it’s the after-taste of caramel candy or the sofa on the sun porch. It’s the bouquet of flowers for any given occasion and the loving hug of music. My bedroom now breathes the voice of this album and Topaz Jones when I require junctures of jubilance. I have been traced by a fresh style of tunes that now give me a new outlook on how my music taste can be a spectrum of culture and a splendid gateway to an understanding of other people’s backgrounds. Ultimately, I just love everything about this album and hope it meanders its way to all ears willing to listen.