Lovejoy’s song “One Day” strikes me with enjoyment 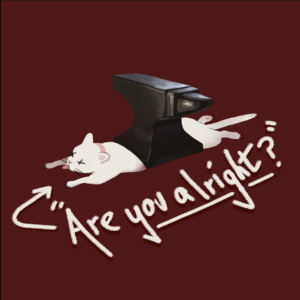 Just recently, the up-and-coming band—Lovejoy— featuring Wilbur Soot, released “One Day” as part of their newest EP Are You Alright?

This indie-rock band first piqued my interest when Twitch streamer Wilbur Soot teased the song “One Day” on his live stream. Popular clips of the song became known on TikTok that had me wanting to replay it constantly. I instantly learned the short verses and sang them with my friends as we waited for the song to be released.

Assuredly, “One Day” started showing up around my For You Page, but this time, it wasn’t just a limited part of the lyrics. More of the song being streamed convinced me that I needed to check out. Hearing about the music and being a vivid watcher and listener of Wilbur Soot, I brought myself to take notice of the full song.

Primarily listening to the music, I looked up the lyrics to the song and thought to myself of what they meant. I know the lyrics aren’t meant to be literal, so I took them as a joke. In the beginning, Wilbur sings my favorite part to the song, “Stop, ‘cause why’d you have to kill my cat?” It wasn’t clear what this meant, but I thought intensely about where Wilbur was going. Maybe he means that coincidentally curiosity killed the cat, curiosity in a relationship—but not indisputably.

In addition, a lyric that also stood out to me was, “I’m not afraid of new perfume” which helped me understand that there’s no fear in moving on. There’s no fear in making changes in a relationship and changing who you get to be with or move to.

Moving on to the instrumental, the opening already had me dancing. The trumpet, drums, and guitar were an unbelievable mix. After my most favorite part, the guitar has a small solo which had me air guitaring as the song continued on. It was so difficult to lay off from dancing, the music had an impeccable rhythm that slowed and sped up at the perfect points.

Jumping to the music video had me realize the humor in the song. The utmost of Wilbur’s singles are antic, and so was this. It starts with Wilbur watching another band member, Ash Kabosu, getting off a bus. He soon begins to “play” the guitar while the trumpets sound until I hear the “Stop!” and Wilbur turns around.

As much as I could explain every detail about the comical music video, my most favored part is when another band member, Joe Goldsmith, is laying on the ground, and the screen says “Woo!” I thought that this was hilarious, but maybe it was just my broken sense of humor.

Generally speaking, I enjoyed every bit of Lovejoy’s song “One Day” from their EP. Once again, I may be biased considering that Wilbur is a part of the band, but I believe that I would somewhat find delight in it anyway.