“POSTER KID” by Peach Martine is sad yet upbeat 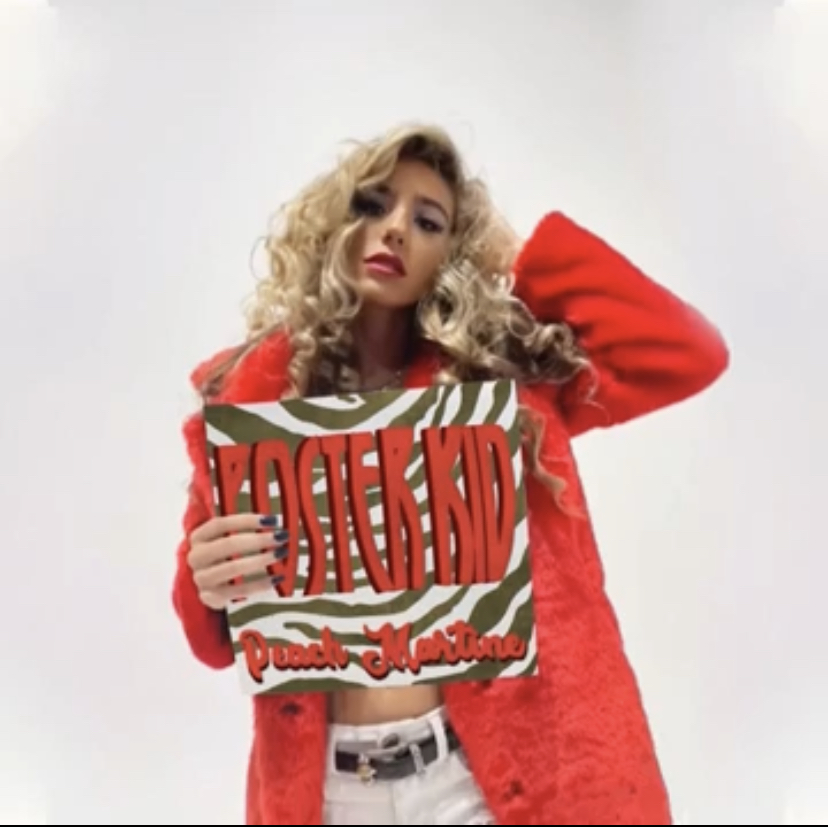 I have been following Peach Martine on TikTok for a couple of months, so I have heard her voice frequently. It never gets old. The number of times I have heard small pieces of “POSTER KID” scrolling through TikTok probably should have annoyed me, but somehow, it only made me more excited for the song’s release.

Posting tidbits of songs is common for Peach, and her followers play a part in song and EP titles.

An example of her fans being an important part of Peach’s music is the cover art for “POSTER KID.” Peach held a contest for people to design the cover of the single. By early April, Peach had whittled down the entries to the top five. All of the entries were designed by her supporters which creates a strong sense of community and friendship with the artist.

Peach’s songs are typically about personal experiences, and “POSTER KID” is no exception.

“POSTER KID” is about dealing with mental health but having to pretend everything is okay. Peach sings, “I could be freaking dying, and I’d still look perfect” as a symbol of how easy it is to fake a smile; no matter what is going on internally, it’s easy to make an illusion of a utopia externally. She sings of her anxiety and hiding it in relation to that line.

The opening of “POSTER KID” starts with “I watch the same TV shows over and over again ‘cause I need the reassurance of knowing how something is going to end.” As a person that continually watches the same “comfort” TV shows, I know exactly how this feels. When watching a new show, I often find myself googling what happens later on, just so that I don’t get caught off-guard. Repeatedly watching the same shows prevents me from being caught off-guard by a sudden plot twist or something of the sort.

Peach manages to weave extremely catchy lyrics into what could be a very sad song. She sings of things she does or experiences she has had that are typically abnormal, such as flinching when she receives a high five and when the phone rings. The most prominent part of these lines is when she says “not everybody feels like they’re living a double life.” It perfectly reflects how it feels to have to hide emotions.

“POSTER KID” was released as a song with sad lyrics and a happy beat. This was a decision that Peach asked her followers for help on. The song was originally written with just Peach’s voice and her piano. In the end, Peach decided to switch to the happy beat, and I could not be more pleased with it. The music pairs perfectly with Peach’s voice and forces “POSTER KID” to be stuck in my head. Sad songs that sound joyful just bring me happiness, I guess.

On her TikTok, Peach said that her inspirations for “POSTER KID” were Twenty One Pilots, Green Day, Paramore, and Avril Lavigne. I can hear these influences within the song, whether in minuscule details or blatantly obvious tones to my ears.

“POSTER KID” by Peach Martine will be the newest edition to my favorite playlists.