The Central Trend • May 19, 2021 • https://thecentraltrend.com/102168/opinion/tiktok-singer-zach-hood-releases-yet-another-amazing-hit/ 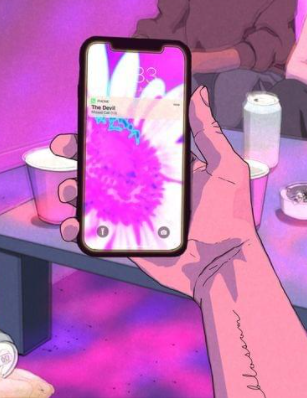 A picture of the 13 Missed Calls cover photo showcasing the missed calls from his ex-girlfriend.

TikTok has taken over my life, as I watch videos for fashion inspiration, yummy recipes, and even new music.

Many start-up artists release snippets of their music on TikTok or even share the process of creating their song with the public through the app.

Watching these types of videos has introduced me to many amazing songs and artists I most likely would never have listened to before. Most recently, I’ve been following the journey of artist Zach Hood, as he publicized his new song “13 Missed Calls.”

A few weeks ago, Hood released a song through platforms like Spotify and YouTube. I’ve gotten the chance to listen to “13 Missed Calls” a few times over the past week; all I can say is that this song has been added to every single one of my playlists.

I was excited to hear the finished product ever since he debuted the song on his TikTok, but I never expected the outcome to be this good.

The melody is amazing, and Hood’s voice is perfectly sultry as he sings the incredible lyrics. He refers to his presumed ex-girlfriend as the devil and sings about the missed calls he has on his phone from her.

I thought this was a really unique idea, and I especially loved the clip he inserted showcasing one of his friend’s voicemails.

Hood’s fans have already hooked onto this musical wonder and added their own twists as they create “post-break-up glow-up” transitions to the song. Some have even gone as far as to create music videos for this song.

His friend, whose voice he used for the song, was one of the first people to hear it, a fact he revealed on the internet as he showed her reaction to hearing her voicemail in the background of “13 Missed Calls.”

I really loved how Hood connected each of his fans to the song and built up excitement for his music by sharing snippets on TikTok and parts of the process of creating a song.

Hearing the raw footage of the lyrics and audio was incredible and seeing how he changed different aspects of the song—being added or cut—was really interesting and made me all the more excited to listen to the finished product.

Despite Hood being a pretty small artist, I should not have doubted his ability to create such an amazing song.

Hood has released two other songs: “Isabelle” and “Flashbacks.” The songs share a similar theme to “13 Missed Calls” and are both wonderful songs to scream to in the car. I’ve listened to both of these songs hundreds of times and love to pull up his music when I just need a release through music. I’ve added both to all my playlists and will forever love listening to them.

I’m extremely impressed with Hood’s fanbase, but I’m most impressed with Hood’s immense talent and ability to create amazing music. I look forward to hearing the other works of art that Hood releases, and I hope for a bright future for him as his music becomes more well-known and his popularity grows.