Why Michigan Will Be Okay Without Wilton Speight 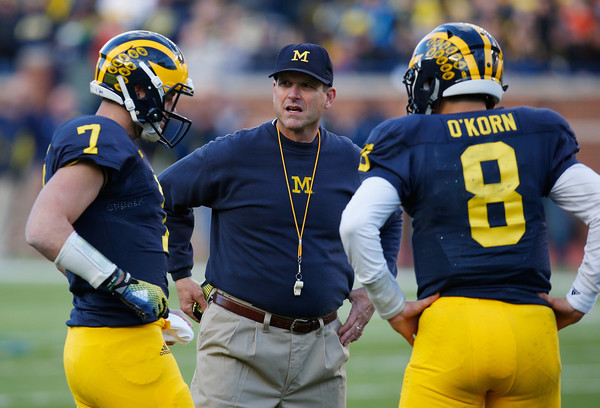 Last Saturday, the Michigan Wolverines traveled to Iowa City to take on the Hawkeyes. Michigan entered as a large favorite and was fighting to stay undefeated.

The Wolverines left with an empty feeling. They knew they were the superior team, and yet they let the game slip through their fingers. Early in the fourth quarter, Michigan’s quarterback Wilton Speight took a shot to his left shoulder and was clearly shaken up. He went on to finish the game, but it was apparent that he was in pain.  After the game, Speight gave various interviews and his shoulder appeared to be fine.

Early this week, reports came out saying that Speight had suffered a broken collarbone Saturday night. For a day, no one knew if the reports were factual or not. Jim Harbaugh clearly stated that Speight’s collarbone was fine, but he was still feeling pain in his shoulder. Harbaugh said Speight will be a gametime decision, although he doubts he will be able to play.

Michigan will play Indiana this Saturday at 3:30 pm. The question of who will start at quarterback is up in the air. The two backup quarterbacks who have seen minimal playing time are John O’Korn and Shane Morris. O’Korn is the clear favorite as he’s been the second quarterback in various Michigan blowouts.

John O’Korn played for Houston for nearly two years before he decided to transfer to Michigan. During his freshman year at Houston, O’korn put up prolific numbers on his way to a freshman of the year award in the American Conference. He threw for over 3,000 yards and compiled 28 touchdowns.  He came to Michigan and expected to win the job but ended up losing the starting spot to Speight.

Many Michigan fans are concerned that O’Korn won’t be able to win games for Michigan down the stretch. On the other hand, I am not worried at all. O’Korn nearly won the starting job in the summer. He put up great numbers at Houston in his two years there. He has more experience than Speight and will be able to shake off the rust this week against a weaker Indiana opponent. With an elite defense and a strong running game,  O’Korn just needs to make good decisions and hit open receivers. If he does those things, Michigan will be just fine.