The Central Trend • May 25, 2021 • https://thecentraltrend.com/102480/opinion/anson-seabras-single-magazines-gave-a-refreshing-perspective-of-the-girl-on-our-magazine-covers/ 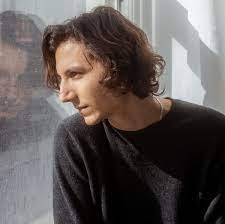 The photoshopped pages of a glossy magazine cover taunt onlookers with its unrealistic depiction of women in the media. Wondering what these women do to be so beautiful, pain sets in knowing it’s not real, yet still, the comparison is inevitable.

Anson Seabra’s single named “Magazines” skillfully intertwines the impractical expectations that magazine covers give off while angelically filling the air with soft-spoken, comforting words about how personality is preferred over perfection any day.

His lyrics demonstrate the story of a girl who is broken and beaten down because she is tired of the world telling her who she is supposed to be. Lines such as, “Under the surface, I’m so much more than just a pretty face or the girl next door. Yeah, the magazines don’t always tell the truth,” show the conflicting thoughts of someone trying to prove that she is more than just a pretty face on the silky, airbrushed magazine covers.

We wear our insecurities on our faces as bold as the cracks on an otherwise smooth, porcelain vase, but the airy tone of Seabra’s voice and his equally reassuring lyrics cradle those cracks. He’s teaching listeners to love more than just what’s on the surface. The song challenges fans to peer deeper into, not just their own souls, but also the different levels of personality their peers hold and to stop caring what other people think.

While listening to this song on repeat, I found with each time I replayed it, a new insecurity withered away. Unlike many songs in our current age of music, this one particularly stood out to me because it romanticized a woman’s personality, rather than her looks, her body, or how appealing she would be on the cover of a magazine.

In the beginning, I thought the song would be a sad song, one I could listen to when alone and looking for a reason to get my tears out; however, after a few moments of listening to it, I was pleasantly surprised when the pace quickened, and I found myself singing along.

Although my original thought of this song being a melancholy one still holds true to an extent, I believe it is diverse enough in the sense that I could equally see myself singing along to the catchy lyrics here and there, and actually smiling as the message sinks into my distracted brain.

Another one of my favorite lines is, “and maybe it’s Maybelline, but it’s probably make-believe ’cause the dreams that they’re selling to you are paper-thin, too.” I adore the comparison between the popular makeup brand Maybelline and the term make-belief. This line sticks closely with the overall theme of how what you see in the media is fake. However, with the addition of talking about paper-thin dreams, it gives you an idea of how the women we compare ourselves to are also just humans attempting to make their dreams come true without losing themselves along the way.

This is a masterpiece of music that adequately demonstrates the constant power struggle between onlookers comparing themselves to the all-powerful women on the glossed-over magazine cover, and the person on the front page attempting to be seen through the plastered on smile and overused airbrush.