The Central Trend • May 28, 2021 • https://thecentraltrend.com/102821/uncategorized/the-inhale-exhale-album-was-a-breath-of-fresh-air/

The inhale (exhale) album was a breath of fresh air 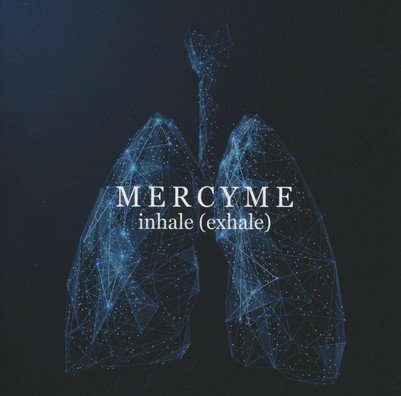 When I found myself at MercyMe’s Imagine Nation concert in the fall of 2019, I barely knew of the band; they’d only come up on some of the Pandora playlists at my house on occasion. All I knew was that they were a really uplifting Christian rock band and were coming to Van Andel for a concert, so my dad and I decided to go.

Little did I know I’d fall in love with the comforting lyrics and what the band stands for.

That concert was over a year and a half ago, and finally, on April 30, 2021, Spotify’s “New Release” pulled up MercyMe’s freshly dropped album, inhale (exhale).

The 16 songs included in the album contain a very centered theme—being comfortable with moving on and being okay with it. Some songs are very uplifting and some prove to be more quietly reassuring; either way, they achieve their message in a beautiful fashion.

“Whiplash,” for example, conveys the message that living in the past does anything but benefit you. It’s a great reminder that your past doesn’t define you, and it’s okay to leave friends, experiences, and old ways behind you and move on to better elements in life that will be uplifting.

The lyrics, “why not let your past stay in the past,” pretty much sums it up.

With that, I feel like the whole album is a cycle of acceptance, accepting that it’s okay to move on from the past to focus on the present and what’s to come in the future.

The simplest songs that populate the albums seemed to be the more impactful ones to me.

Though repetitive and relatively simple, “Exhale” breathes reassurance out of its lyrics to any listener who needs to hear the pick-me-up message.

The song itself is like a literal breath of fresh air as the lyrics are angelic instructions to be still and breathe.

“Inhale, exhale/ It’s always darkest just before the light/ Inhale and now exhale/ where there’s broken hope’s not far behind.”

That set of lyrics is repeated in a pulsing rhythm that brings its listener into a calm state of mind. Usually, the repetitive nature would make me want to stray away from listening to the song multiple times, but MercyMe mastered the art of making the rhythm purposeful and not redundant.

“Brand new” was one to fall into my favorites category almost instantly and remained on repeat for quite some time.

This single song took me by surprise as it blended some decades’ beats and sounds, but made them sound modern. I’ve never heard this done before by any other artists that I listen to, therefore, I really enjoyed the unique take on the evolution of music.

Continuing with the theme of breaking free of the past that holds you back, “Brand New” is exactly what its title makes it sound like.

Sometimes, all we need is a second chance at situations in life, and “Brand New” demonstrates the feeling of being free and feeling brand new as we take on a new identity in life.

These songs along with all the other ones included in the album do a phenomenal job of incorporating and executing the theme of transforming yourself for the better, and knowing that it’s okay to move on from the experiences that didn’t let you be your best self.

I loved the unique features purposefully placed in the album, and I was so relieved that the band I was first introduced to in concert did not disappoint with their latest masterpiece; if anything, the album, inhale (exhale), made me look forward to whenever their next release drops.