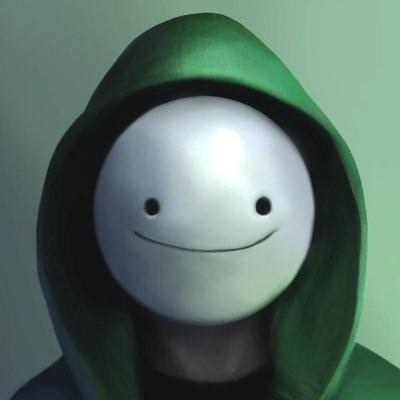 A drawing of Dream in his mask with a smile

Not long ago, YouTuber and Twitch streamer Dream released his second song, “Mask.” Specific parts of the song were released as a teaser while fans—including me—eagerly waited for Dream to release the whole song on May 21st.

The segments of the song that I had heard on TikTok were catchy. So my friends and I went around repeatedly singing the specific lyrics, “Yeah, I’m okay, but the fact is. . .” The problem was that we weren’t just singing it because it was catchy; we were making fun of Dream’s vocals.

This wasn’t the only chunk of “Mask” that Dream sang oddly; there were many other lyrics that sounded absurd as well. I specifically laughed at how Dream sang the word “mattress.” It was drawn out, and his voice sounded somewhat choppy. This was hilarious to my friends and me and made the song a target for mockery.

Another lyric that sounded ridiculous was “Why are you so sad, kid?” My sense of humor may have been broken when I first heard it, but the way that it’s portrayed is hysterical nonetheless.

Next to Dream’s vocals, the music was uninteresting to me. The song started with a simple strumming guitar that didn’t catch my attention. Whenever I hear a song on the radio, the intro instantly catches my attention. I immediately know whether or not I’ll like a song based on the start, and I wasn’t impressed by the beginning of “Mask.”

As “Mask” continued to play, there was no single fragment that pressured me to stand up and dance, which was a disappointment. In my opinion, an exceptional song requires a beat drop or some pump in the background.

Unfortunately, Dream doesn’t have an original music video because he can’t show his face as he’s known for being a faceless YouTuber and Twitch streamer. This was a setback for me, but I understood the reason behind it.

However, after ripping on Dream for a long time, I started noticing the value in the piece.

Although Dream initially led me to have a negative opinion, “Mask” was incredibly catchy, despite how terrible it sounded. I listened to it once, and I have already found it stuck in not only my head, but in my friends’ heads too. My mom has been singing it as well. A catchy song earns points from me because it fills my brain when taking a test or even riding my horse. I always have a piece of a song stuck in my head, and that’s no joke. One of my catchphrases is literally “I have a song stuck in my head,” so “Mask” only adds to the phenomenon.

I also absolutely adore the storyline of the song. As a faceless YouTuber and Twitch streamer, Dream is known to “wear” a mask with a fake smile on it to cover his face. In this song ironically named “Mask,” Dream talks about how he hides his sorrow and negative feelings from his viewers, specifically regarding his struggle with ADHD. In the lyrics, Dream explains that he’s failing all of his classes and that he wishes that he could pass them. I found this to be very heartfelt because I also have ADHD, so these lyrics hit home.

Another line that lured me in was, “I’ve been caring too much for so long, been comparing myself for so long.” The reason for this was simple. As a teenager, I compare myself to others quite often. I compare clothes, grades, and personalities frequently.

As I listened to this part over and over, I started to think about it differently and more profoundly. I feel that Dream is trying to explain that he compares simple traits about himself to others, but he’s running out of energy. He sees others showcasing their happiness, and Dream realizes that he doesn’t have what it takes to be truly content and show that to his audience.

This is why Dream hides behind that mask and behind the screen.