After 20 memorable years, Robbin DeMeester is resigning from her position as Director for the FHC Theatre 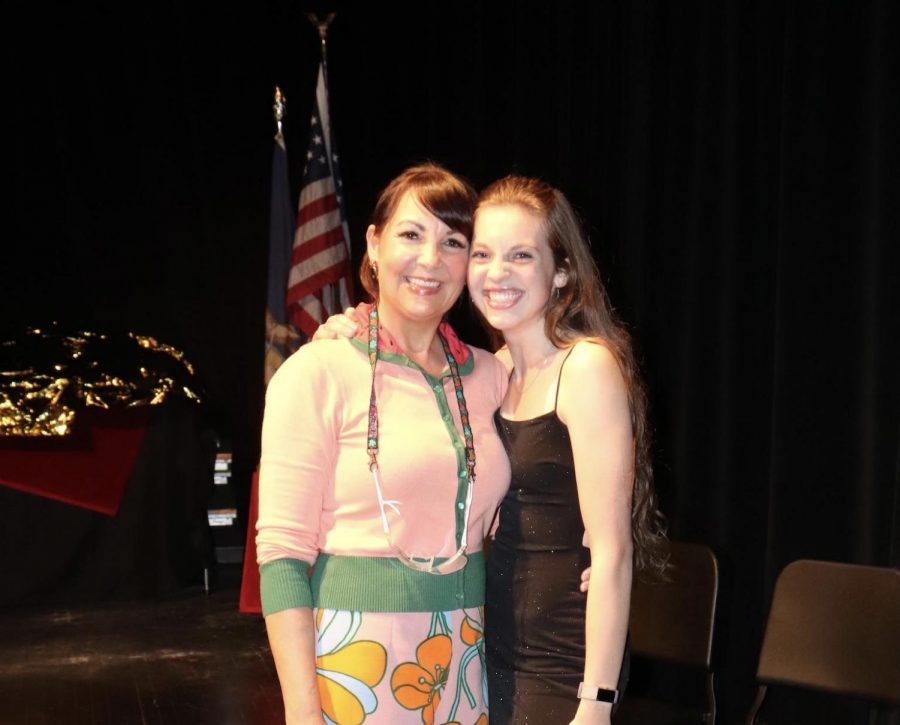 Though she will continue to teach English 9 and Theatre, Robbin DeMeester has decided that it is time for her to step down from her position as the Director of FHC Theatre productions. Keep reading to learn more!

1. When did you decide that you wanted to resign?

“I’ve actually known for a couple years that I was on my way out, so to speak. But I really had decided for sure about two years ago. Even from the get-go, 20 years ago, I didn’t want to go longer than 20 years. First, I thought I didn’t want to go longer than 15, but then I started hiring some guests directors to help me, so I was still working as a producing and running the entire program. I’ve known for a long time, but in the past couple of years, for sure, I knew it was going to be after ending the 20th season for me.”

2. What are your top three favorite shows you have directed and why?

“I would say You Can’t Take it With You both the 2001 and then a decade later when I did it in 2011; I just love that show. It’s a great show. And I had terrific cast both times. I also really enjoyed doing The Sound of Music, only because it’s my most favorite musical, and it was just a joy to work on the show with music that I loved my whole life. Then The Little Mermaid because it was such a visual spectacle. We had rented the off-Broadway set for it, and it was just such a beautiful show. I’ve enjoyed all of them, but I suppose those are probably my top three.

3. Why did you decide to resign?

“I just feel like personally, there are so many other creative things that I’ve been doing on the side that I want to spend more energy on. My son’s a musician and an artist. My daughter is an artist and does a lot in terms of crafting, and I just am excited about the projects that we’ve been working on that we’re going to be putting out there in the world in the next year. And my family is just ready to have me around more, and of course, I want to be there for them. I just felt like it was time. I’m ready to have more time for me and the people that I love and some more relaxing hobbies.”

4. Do you have any fun memories from you time directing?

“[There are] so, so, so many; it’s just crazy to even think about. The majority of them are backstage things that were going on and a show that the audience had no idea what was happening, but we did. And it was going on and just costume pieces coming off and us trying to duct tape stuff, set pieces coming down, and we’ve got people in the back trying to hold things together until the show’s over. And just so many memories. I’ve also built a lot of memories with my production team because some of them have been with me the whole 20 years, whereas kids are here for four years. And then I might get lucky and have an Ashley [Kooistra] or John [Donovan] who decides that they want to come back and direct. But for the most part, my extended memories are with my production team of adults, as we just started very like-minded and in that creative symbiosis that we have.”

5. What are some final words you would like to give your students as you resign from your position as Director?

“[Konstantin] Stanislavski’s quote: ‘Love the art within yourself and not yourself in the art.'”