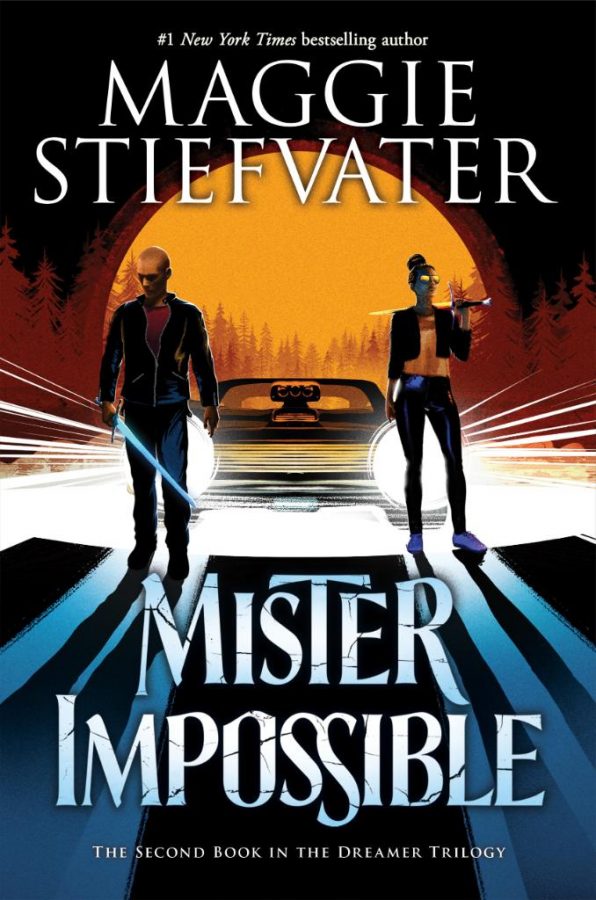 Before I was a writer, I was a reader. I was the little girl who carried a book with her everywhere she went, who stayed up into the late hours of the night trying to finish a book so she could get to the next one, who was always in search of the next series that would steal her heart.

As I’ve gotten older, I’ve strayed a bit from that little girl. Now, I read in phases, and I have to be reminded of how it feels to fall in love with a book. Often that means that I need to read a really good book to get out of a reading slump.

This past summer, the last summer of my childhood, was filled with books, and I have one book to thank for that: Mister Impossible by Maggie Stiefvater.

The title is ridiculously corny, and under no circumstance would I have picked this book up without prior knowledge, but it’s the second installment in The Dreamer Trilogy, the sequel series to Stiefvater’s The Raven Cycle, which ranks in my top three favorite book series of all time, recommended to me by former Editor in Chief, Courtney Collar.

I read the first book, Call Down the Hawk, during the peak of quarantine last year, right after I finished The Raven Cycle, so I’d been counting down the days till its release for quite some time, and even longer after that because I couldn’t start this book until school ended. I knew I wouldn’t be able to do anything else once I started it.

The series follows three main characters: Ronan Lynch and Jordan Hennessy, dreamers who can dream things into being, and Carmen Farooq-Lane, a woman who hunts dreamers.

After the events of the first book, Ronan and Hennessy run off with the mysterious dreamer, Bryde. With no contact with the outside world, they are being taught to let go of their inhibitions to improve their dreams, while Bryde pushes his radical ideals, telling them that this world is not meant for them and they need to change it. Meanwhile, Carmen is still trying to find the dreamer who will end the world, working with Liliana, a Visionary who jumps ages in her own timeline as she has visions of the future. These characters’ arcs intersect and intertwine with each other and the several eloquent subplots, all while the impending end of the world creeps closer every day.

What Stiefvater had going for her in The Raven Cycle was her characters. In The Dreamer Trilogy, she continues to build even more complex, dynamic, and incredibly unique characters. Ronan Lynch, one of the original characters from The Raven Cycle, was already a favorite of mine, and absolutely a selling point of this series with me. His boyfriend, Adam Parrish, is probably my favorite character though, and although he appeared only briefly in this book, his scenes were just strange enough to leave me wanting more. Their relationship highlights the complexities of Ronan’s character, and as a reader seeing it all play out, I know things can’t stay as they are, which has me terrified for the next book.

All of Stiefvater’s characters are unparalleled—Carmen and Liliana’s dynamic is so unconventional and alluring—but Jordan Hennessy stands alone. Her self-destructive tendencies had me rooting for her despite knowing that she’d let me down, and her entire aesthetic was one that I admired.

Stiefvater’s stunning characters are set against a beautiful backdrop of her writing ability. She crafted a beautiful setting, incorporating magical realism into an addictingly dark and strange universe. I wasn’t the biggest fan of her writing style in The Raven Cycle, but I can’t get enough of it in Call Down the Hawk and Mister Impossible. Her voice stands out from other writers, and as I dove into several other works this summer, I couldn’t help but crave Stiefvater’s style and talent.

But what stunned me the most, and has me still reeling months later, was Stiefvater’s use of an unreliable narrator. There was much to be philosophized about in this book, specifically concerning the motives and actions of one of the main characters, who will remain unnamed for the sake of spoilers. With a massive reveal at the very end of the book, the story spiraled out of control, and it became clear that this character had been blinded by their own desires, leaving them incredibly morally grey. The impact of this on every thread of the story has yet to be explored, as the book ended shortly thereafter.

Not only did this have an impact on my perception of the entire novel, but it made for an absolute whirlwind ending. I had spent most of the book thinking that while I was undoubtedly entertained, I couldn’t foresee a cliffhanger so tantalizing that I wouldn’t be able to wait for the release of the third book.

In a matter of seconds, I was proved completely wrong as the entire story fell to pieces.

I’m not sure how I’ll make it till the release of the final installment of this trilogy, but I have a whole series to read through an entirely different lens until then.