Ava Malinowski lets their spirit guide them to original experiences 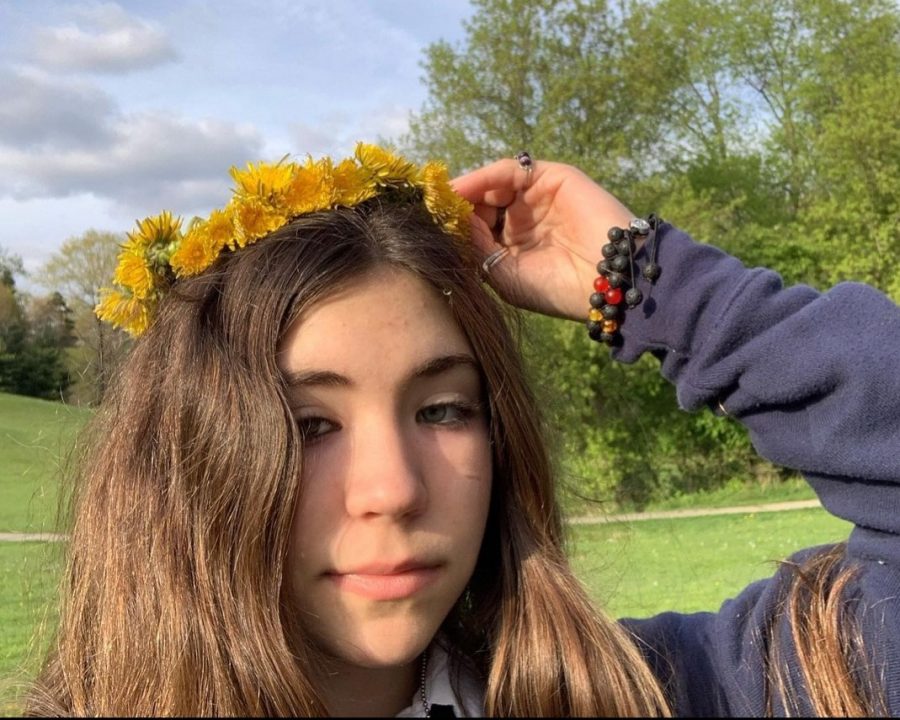 While in their room one day, freshman Ava Malinowski was visited by the presence of one of their ancestors. This marked a new chapter in their spiritual journey—ancestry communication.

Spirituality isn’t new to Ava; they have been working with tarot for quite some time. Since they got their first deck from Barnes & Noble, they have been looking deep into people’s futures and lives. After seeing social media posts about spirituality, Ava decided that they would finally dive into the practices.

“I saw some videos on TikTok, and I got really interested in the whole spiritual thing,” Ava said. “I never knew how to do something about it—I actually wanted to get into it. Thankfully, I met my girlfriend, who has been practicing for a while, and I’ve been learning off of them for a while.”

Ava’s favorite parts of tarot are not just the mysterious readings but also the cards themselves. Ava thinks of their tarot deck as similar to a deck of playing cards by style because of the intricate drawings on them and similar characteristics to the suits of traditional cards. But unlike a regular set, the cards and artwork on each deck are all original in some way or another.

Ava fuels their love for the variations in decks by owning multiple tarot decks. Despite the fact that tarot is unfamiliar to many, the decks are quite easy to find and purchase from some of the most popular websites and stores.

“You can get them wherever; the thing that matters the most is how it feels when you get it,” Ava said. “You don’t want to just grab the first one off the shelf that you see.”

Spirituality doesn’t just come in the form of tarot cards—there is a wide range of practices that are most suitable for different types of people. Ava, while practicing several of them, is yet to explore most of the styles.

In addition to doing tarot readings, Ava explores ancestor practices. They are currently working with an ancestor of theirs, trying to figure out why this ancestor has come to her. Ava’s girlfriend possesses clairaudience, which enables them to hear spirits. Together, they have been discovering ancestry communications.

While some may feel as though spirits paying them an unexpected visit is a terrifying experience, the call from Ava’s ancestors is actually more of a comforting and friendly gesture.

“The whole thing with working with deities, ancestors, or anything that is an entity [is that] they come to you because you need help with something,” Ava said. “Imagine yourself as a beacon and them coming to you to help with something. I don’t know what my ancestor is here to help me with yet.”

Another form of divination that intrigues Ava is bone casting. In this practice, bones are thrown and the pattern they create where they fall can be deciphered to find a hidden meaning. Once they are able to obtain the resources they need, Ava would love to begin bone casting.

On the other hand, Ava doesn’t prefer to do tea leaf readings. Amusingly enough, they avoid it because drinking loose leaf tea grosses them out just as much as orange juice with pulp does. While tarot and ancestry bring the right emotions to Ava, tea readings have the opposite effect.

What truly guides Ava to which practices they love is an internal feeling rather than just a trial and error strategy. There is something about holding a certain box of tarot that can cause a connection that is deeper and more certain than any box on that shelf.

“The whole [idea] with spirituality is feeling what connects to you,” Ava said. “A big thing for me is feeling which [tarot deck] I’m drawn to—that one is the best one you could possibly work with.”