The new Ranger mascots sprinkle pride and equality throughout the district 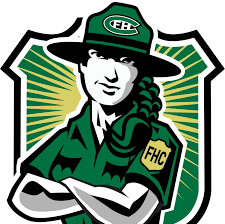 This is the new Lady Ranger mascot for FHC.

As a 2000 FHC graduate, AP World History teacher Brad Anderson has honored the school’s mascot as an educator, a student, and moreover, a Ranger Pride enthusiast.

In the late 1990s, if you looked up onto the walls of FHC, the Ranger was displayed in contrast to what it has become today; with less exaggerated features and dimmer colors, the Ranger back then was, quite frankly, monotone.

“It was different when I was in high school than it [has been] in the time that I’ve been teaching here,” Anderson said. “It was more of a simple, classic drawing—a Sparty-style drawing.”

And although the Ranger mascot has gradually been changing throughout its existence, no change—or addition per se—has ever been as significant as the one made this year.

The Ranger underwent a dramatic alteration of colors, designs, and concepts this past summer. Thanks to the administration for organizing focus groups consisting of parents, staff, students, and alumni, the new mascot was put together just in time for the 2021-2022 school year.

“It’s a new, fresh look,” Anderson said. “It was time for a change, and there’s no better time for change than a new beginning, [considering] the year we’ve had. This was a nice way to start off the year, with a clean, new look [for] the Ranger to put on the spirit shirts worn around the community, on different posters, [and to have] different sports teams adapt.”

Anderson’s definition of a Ranger is “One who is a guardian, keeper, and protector of a certain area of people.” The goal of this change was to allow the new Ranger to truly embody that definition through its aggression and pride in the facial expression.

“The Ranger really represents a profile of what we’re trying to build here at FHC, regardless of background,” Anderson said. “Young people of integrity, grit, empathy, and self-control [are] all characteristics of a Ranger: someone who protects and guards.”

Alongside the classic Ranger, FHC has another new addition—a Lady Ranger—making this the first time ever that FHC has had a woman mascot. But where exactly did this idea of a female depiction spark?

Members of several girls sports teams spread the word about desiring a female representation of the Ranger for the sake of gender equality and pride for young girls in the district. Principal Steve Passinualt heard them loud and clear.

“We asked the designers to do a male and a female version of the Ranger,” Passinault said. “We had gotten some feedback that they would really like to have a female Ranger mascot, so we included that in discussions, and the focus groups’ consensus was [for] these [mascots] to come out on top.”

This extension to Ranger Pride has sprinkled honor among the halls of FHC.

“Bringing a Lady Ranger into the field of mascots is important for young girls [so that they] have a depiction that shows a noble figure,” Anderson said. “They now know what they’re representing.”

This consensus has additionally shed light on the newly renovated football stadium, and that was a really important factor for senior football player Hunter Robinson when giving his input on this substantial change.

“[When] Mr. Anderson asked me to attend all the meetings,” Hunter said, “I gave my input, and the one I lobbied for the most was the one that ended up getting picked.”

As the number one quarterback of FHC’s 2-1 football team, Hunter defines Ranger Pride as something to not underestimate.

“Ranger Pride means representing your school with everything that you do,” Hunter said. “No matter where you are, you do the things that would make your school proud.”

And when asking Passinault what exactly Ranger Pride means to him, he had no doubt in his mind that both Rangers will sprinkle this dignity across all the schools in our district.

From the kindergarteners at Pine Ridge, Thornapple, and Ada Elementary to the graduating Class of 2022 at the high school, Ranger Pride is something that stays with the community for a lifetime.

“Ranger Pride means [having] a belief in your school, holding it to high esteem, showing school spirit, and wanting to tell others and talk about your school in a positive light,” Passinault said. “That is what I believe the new mascots will encourage.”