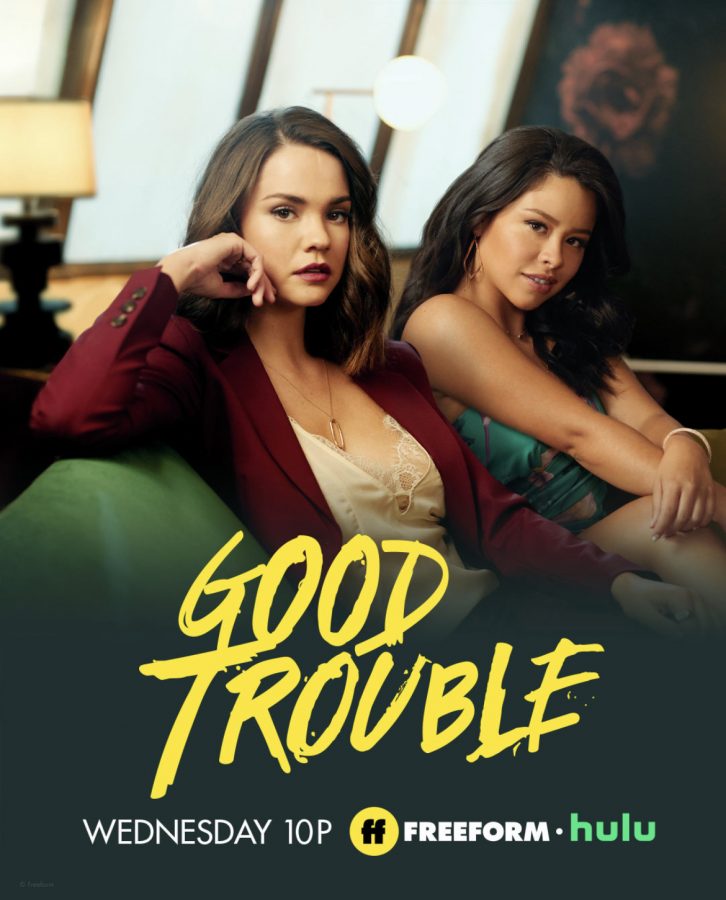 Good Trouble finished airing it's third season on Hulu as of September 8th, 2021.

From an early fascination with shows like Pretty Little Liars to my more recent consumption of newer programs, including Ginny and Georgia and Elite, I’ve never kept quiet about my adoration for “so bad it’s good” television. There has always been something about the predictable comfort it provides that warms my heart from the inside out; I’m constantly on the hunt for the next show that I can mindlessly put on in the background or vigilantly view within one night.

Luckily enough, I managed to pull a best friend who shares a similar love for cliché teen dramas. Most notably, amid the spring of last school year, we found ourselves simultaneously re-watching The Fosters. We’d regularly stay up past midnight to send each other texts about the characters and share videos of absurd moments within this show, conversations in which we eventually decided that The Fosters is the best worst production you’ll ever watch.

Each episode steps out of the mold of monotony while simultaneously staying within it. The program promises a similar sort of relaxation as its sister shows while still making commentary on current events and the world around us, characteristics that led my best friend and me straight from the series finale into its spin-off, Good Trouble.

Good Trouble began airing on Hulu in 2019, and it follows the Adams Foster sisters—Mariana (Cierra Ramirez) and Callie (Maia Mitchell)—as they navigate the transition between university and adulthood. While Mariana attempts to succeed within the engineering field, Callie struggles to become a successful lawyer, all the while battling both personal and romantic struggles that bond them with the other residents of their loft-style communal living facility in Los Angeles, California.

Character depth is genuinely where this show shines. Through the many different individuals on screen, the show highlights issues such as racism, sexism, body image, and homophobia, all while allowing characters to stand on their own outside the topics they fight for.

Malika Williams—played by Zuri Adele—is a prime example of these dynamic characters.

As a black woman interested in politics, her character becomes heavily involved with the Black Lives Matter movement, and the audience gets a birds-eye view into the harsh realities inflicted upon the people within said movement over the last few years. However, within the third season, we see Malika begin to focus on herself. She starts seeking professional help for the childhood trauma she experienced, and it’s in this environment that she can come to terms with her sexuality and who she wants to be.

Even though she believes in the movement she is fighting for, Good Trouble doesn’t allow that activism to become Malika’s only definable quality. By displaying this quantity of diversity and realism, the show plays to the interest of anyone who may stumble upon it, allowing them to feel seen and heard by its array of characters.

But the show also often strays away from its more realistic elements and allows viewers to get lost in the cheesy relationship drama these programs provide. I found myself rooting for certain characters to get together and texting my friend to chat about certain plot lines, which is precisely what I look for in shows such as this.

Good Trouble follows its successor flawlessly, allowing for a sort of familiarity while also catering to an older audience. The show represents multiple different demographics while ensuring a solid plot, making it an absolute must-watch.