Teen fashion around the world: a series—first stop, Saudi Arabia 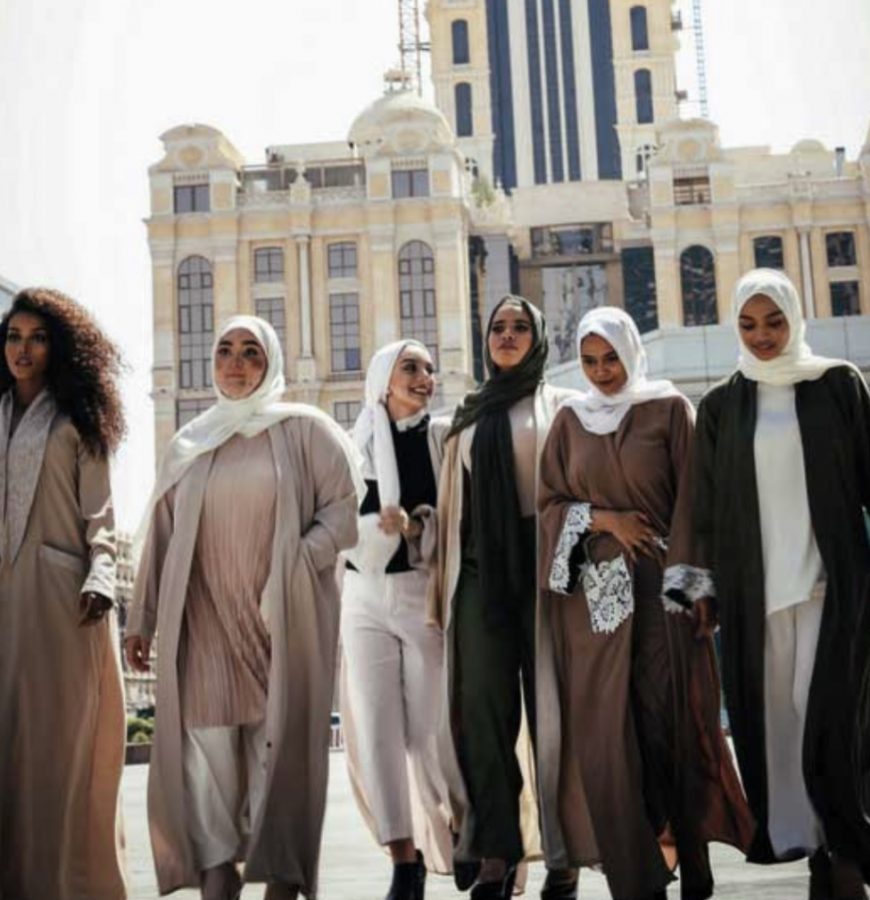 Street style from Saudi Arabia: beneath their abayas, women from oil-rich areas, such as Saudi Arabia, are among the best dressed in the world.

Disclaimer: Nobody has the right to judge the fashion of any group of people anywhere. Fashion is complex; it’s a collection of artifacts that lends us a lens into different societies and cultures. Fashion in teens is the most transitional. While we may not have big spending power, we pivot faster with trends. This series is meant to explore trends and is in no way trying to make judgments. Everyone deserves the right to wear what they want, whether in an expression of faith or not, and we owe each other the respect to do so.

When I was young I had a beloved babysitter named K-Lo. She was a college girl, and I looked up to her for many reasons, not the least of which was her sense of style. When she left my family to go work in Kuwait as a teacher, her parting gift to me was an accessory. She gave me her brown, corduroy, newsboy cap. It’s a cap style that was very trendy in the mid 2000s, slightly different from the Ascot or flat caps popular today. I still have it. She returned to visit me years later, and I remember asking her what Kuwait was like.

“Coco, you wouldn’t believe what the high school girls wear under their abayas. It’s fancy stuff, and they all have designer purses,” she said.

Women in Saudi Arabia are not required to wear head covers or the black abaya; if they choose to wear one, like women in the U.S., it’s a choice not mandated by their government. This is definitely an important distinction to make because I do not want to gloss over the fact that women in some countries are fighting for their right to make a choice as to whether they want to wear the hijab (one type of head covering), the abaya, and other required coverings.

Jacqueline Saper, author of From Miniskirt to Hijab: A Girl in Revolutionary Iran said: “Women in the United States are wearing hijab proudly to identify with their Muslim faith. However, while women in America wear hijab by choice, for the past 40 years, women in Iran have been fighting for the choice not to wear one” (Saper).

Fashion needs to be a choice. It may seem frivolous or “not a big deal,” but in reality, forcing a garment upon a group of people is a violation of human rights. The hijab, or any other form of attire, should be a form of expression. Instead, it’s becoming a symbol of oppression, stripping women of their dignity in certain areas. In addition to this issue, women in some parts of the world choose to wear the hijab as an expression of their faith and are then looked down upon because of this choice.

While not a mandate, I am sure that there are many women in Saudi Arabia who are expected and pressured to wear the abaya—I don’t want to discount that. There are also plenty of women here in the U.S. who choose to wear a hijab or an abaya and are questioned about their choice. Everyone deserves the right to wear what they want, whether in an expression of faith or not, and we owe each other the respect to accept personal choices. Furthermore, my research was not based on whether someone should wear an abaya; my research was on what’s under the abaya.

“Gulf women from oil-rich states, such as the United Arab Emirates, Saudi Arabia and Qatar are arguably some of the best-dressed in the world . . . The average Gulf national spends $2,400 a month on beauty, fashion and gifts, according to a survey by Middle East luxury specialists the Chalhoub Group . . .” (Redvers).

This statistic includes young women too. Teens and women in their young twenties are big consumers of high end fashion in Saudi Arabia. They’ve also adopted some western-influenced styles under their abayas.

If I were to say “underneath it all, we are all the same” it’d be too cliché—but, we are. In my opinion, we ultimately choose to wear clothing/accessories for one of two reasons: we want to look different, or we want to fit in.

“Reem Abdullah, an Emirati and co-founder of online brand portal Vešmašina, said . . . if teenage girls are watching an American movie with friends when that door closes and they peel off their abayas, it’s very likely they will be wearing very fashionable clothes like skinny jeans or tank tops . . .” (Redvers).

The fashion choices made under the abaya are wide-ranging. According to ex-patriot Laura Alho, who left Finland to live in Saudi Arabia and writes the blog Blueabaya.com, “More liberal Saudis will wear trendy clothes under their abayas . . . Skinny jeans and trendy tops combined with high heels are popular. The latest designer handbag is a must-have accessory with the abaya. Fashionable sunglasses and shoes are other ways for young women to express their style” (Blue Abaya Blog).

In Saudi Arabia, fashion trends are as prominent as they are in the U.S. Under the abaya, it appears many teens embrace the same trends as teens here when it comes to fashion.