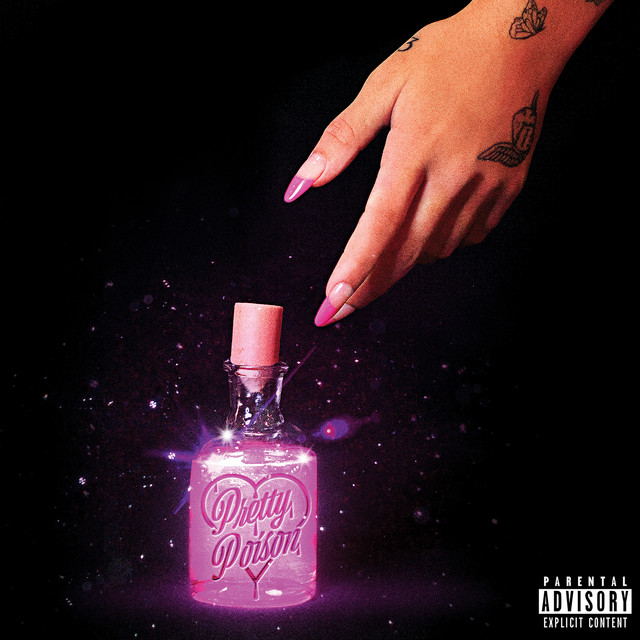 With the rising success coming from the popular app TikTok, many users are trying to make it big in the world of fame and fortune.

TikTokers such as Charli D’Amelio and her entire family, Lil Huddy (Chase Hudson), and Addison Rae have been guest stars on talk shows, have made music, have worked on reality TV shows, modeled for clothing companies, and even starred in movies. With this being a controversial topic on the internet, I do not think that just because a person can do a “dance” in front of their phone and get a decent amount of views and likes means that they also have the talent of singing or acting.

With that being said, I did not have high expectations for TikToker Nessa Barrett’s EP, pretty poison, which was released on September 10, 2021. To begin, my taste in music is primarily calm and acoustic. I was quite apprehensive while listening to pretty poison, especially since Barrett’s songs encompassed the definition of 2021 pop music: contemporary beats, electric guitar and piano, and excessive autotune.

Given my disliking for this generation’s pop music, I was genuinely surprised as I listened to pretty poison. Before I started listening to it, I was expecting a pitchy voice and the music to overpower her singing. That was not the case at all. Barrett actually has a beautiful voice that left me astonished. However, though her singing was bewitching, it did not cover the fact that the musicality in pretty poison was unenjoyable. The loud, irritating beats were incompatible with my ears; at times, I even found myself wincing.

As I went through pretty poison, it came to my attention that each song was extremely similar. Barrett’s songs are all love songs about a specific boy. Now, even though I am a sucker for an amazing love song, her voice does not describe that beautiful feeling. In the song, “grave,” Barrett sings about how a boy is what is keeping her alive. There are many aspects of this song that I am not a fan of. For starters, the music is incredibly loud and obnoxious–it takes away from the beauty of her voice. To go along with that, Barrett futilely attempts to fit a long line of lyrics in a short amount of time. This doesn’t have a good ring to it and quite frankly, ruins the tone of the song.

Another song that I absolutely dislike on Barrett’s EP is “pretty poison.” Unlike the rest of her songs on the tracklist, she slanders on a past relationship that ended horribly. Dissimilar to my feelings towards the rest of the EP, I like the lyrics to this song. “You think you kissin’ on my scars while you rip ’em wide open, you should go cut your sharp teeth while you’re preyin’ on me, broken,” depicts the anger that Barrett is feeling perfectly. However, the musicality of this song is absolutely atrocious. The beats have a robotic feel to them, almost hurting my ears. Because of that, “pretty poison” will not be a song I’ll be listening to again.

Pretty poison is a prime example as to why TikTok users should not be making music. As a dancer, I believe Nessa Barrett and everyone else who has taken their liked videos too far should stick to strictly “dancing” in front of their phones.