Grace Collins approaches her future with a van and a plan 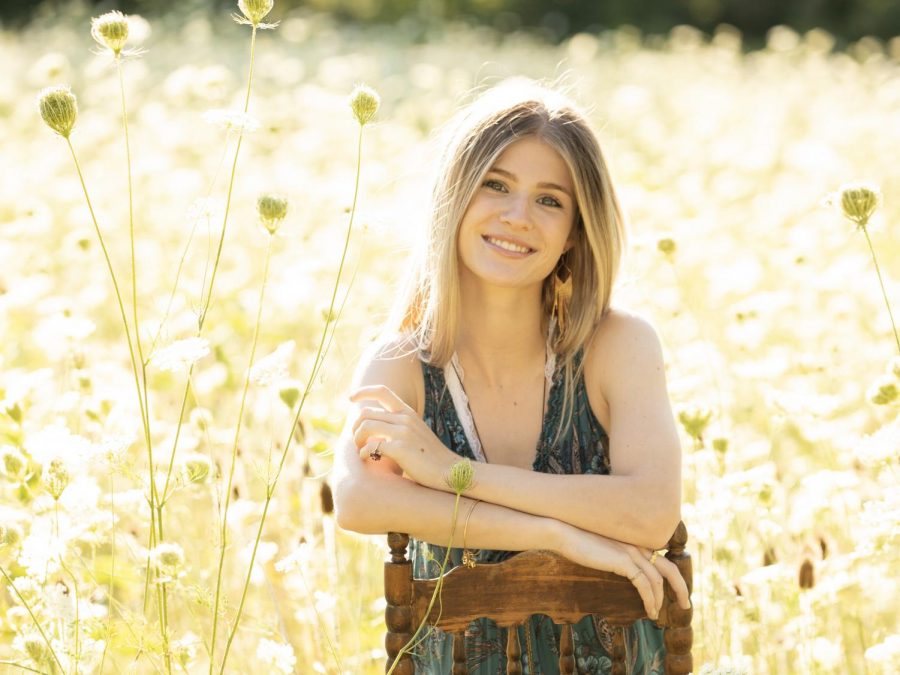 Senior Grace Collins plans to take her remodeled van across the country after graduation.

Through the bustling camaraderie and sawdust-smattered floors of the woodshop, past an imposing green door, in a small lot shaded by twin pine trees, sits senior Grace Collins’ van, lovingly dubbed Lennie.

A product of passion from quarantine, Grace’s van has already seen renovation and rejuvenation under her care, and while it occasionally resides outside the woodshop with Grace, it will soon be the vessel for far more exhilarating experiences.

Fulfilling her age-old tiny-house dreams, Grace will be taking her renovated van all over the country after graduation.

“I always knew that this was something that I wanted to do,” Grace said, “and I figured after college I’m going to be in debt, and after I get out of debt, I’m probably going to have a significant other and a family, and I want to do this alone. So that’s why I [bought the van] now. Hopefully when I’m done, I can sell it to somebody who’s also just graduating high school.”

A little extra money, courtesy of unemployment, and a lot of extra time, courtesy of a world-wide pandemic, placed this opportunity into Grace’s hands. After extensive planning and convincing of her parents, she found her van on Craigslist and purchased it during early January of 2021.

Over six months later, Grace is hovering around halfway done remodeling her van, and she’s progressed to the more gratifying stages of interior design.

“Demo took forever and a year,” Grace explained. “It was about four and a half months before I even had the seats and the flooring and everything that was in here out. I got the wheelchair lift out—which was 2000 pounds and had gas lines attached to it and was a hot mess—and that and the seats alone took about a month.”

Once completed, Grace’s van will encompass a fully functional stove top, fridge, and sink, a solar shower, a small bathroom, a couch, her bed, and a dining area featuring a pull-out table. At any given time, she’ll have 21 gallons of water, and her sink will be plumbed. Comfortably, her van will sleep two, but it can fit up to four if need be.

For all of this to be possible, Grace has had to take into account various crucial technical details. Because the van will generally be off while she’s inside, she can’t depend on its heat or AC, and she’ll need an entirely independent power source.

“I have 200 watts of solar on my roof that I installed at the end of the summer,” Grace said, “and those run down to my battery banks. Then I have a 700 watt inverter, and through a bunch of wiring that really makes no sense to me—even though I wired it myself—it will run my fan, my lights, and it’ll run my security systems and any power strips that I have.”

The security systems are another key detail that Grace has had to accommodate for. While the prospect of traveling alone doesn’t frighten her—rather she’s excited to embark on this experience independently—she’s still keenly aware of the dangers she faces as a young woman alone in remote areas.

Grace has meticulously installed an array of security systems, and she’s also been building the skills that she’ll need to resort to in pivotal moments of unpredictability—skills like changing a tire and jumping her van’s battery

Exhibiting even more above-average maturity for her age, Grace has been working two jobs and saving a substantial portion of her money for the most immediate trips she has planned.

While her future contains copious independent excursions, Grace has filled her summer after graduation with various group trips, notably, a three-and-a-half week West Coast trip with one of her best friends, Bella Beckering.

“We’re doing Route 66,” Grace explained, “and we pretty much go all the way up north towards Washington, go down the West Coast, and then back up through Texas, Louisiana, Florida, and back up the East Coast.”

While in California, Grace will be capitalizing on an incredible opportunity to immerse herself in the world of van life: a van festival she has been dying to attend since she heard about it. Her West Coast trip will purposefully coincide with the eclectic event.

Experiences exactly like this one embody the purpose of Grace’s van project. While her passions currently lie in environmentally friendly architecture and sustainable buildings, tying a direct correlation to her van, she wants to leave the door open to other paths and possibilities for herself.

Once summer comes to a close, she plans to travel periodically for a year or two, while simultaneously working and taking community college classes. Her weBoost cell signal booster will provide her with the capability to do her work and classes online anywhere she desires to go, even on “a cliffside in a mountain range.”

As she traverses the country, Grace hopes to allow the people and places she discovers to shape and mold the person she is becoming.

“I want to be absolutely sure that I’m going into the field that I want to go into before I go to college,” Grace said. “I want to be able to go around and meet people who have really seen every aspect of life and see if maybe there’s a field that speaks to me that I would rather go into. I just want to make sure I know myself before I commit to my future.”