Whether it be surfing the waves of Long Island or sliding down the slopes of Michigan, Skyler Tierney’s move taught her to love adventure 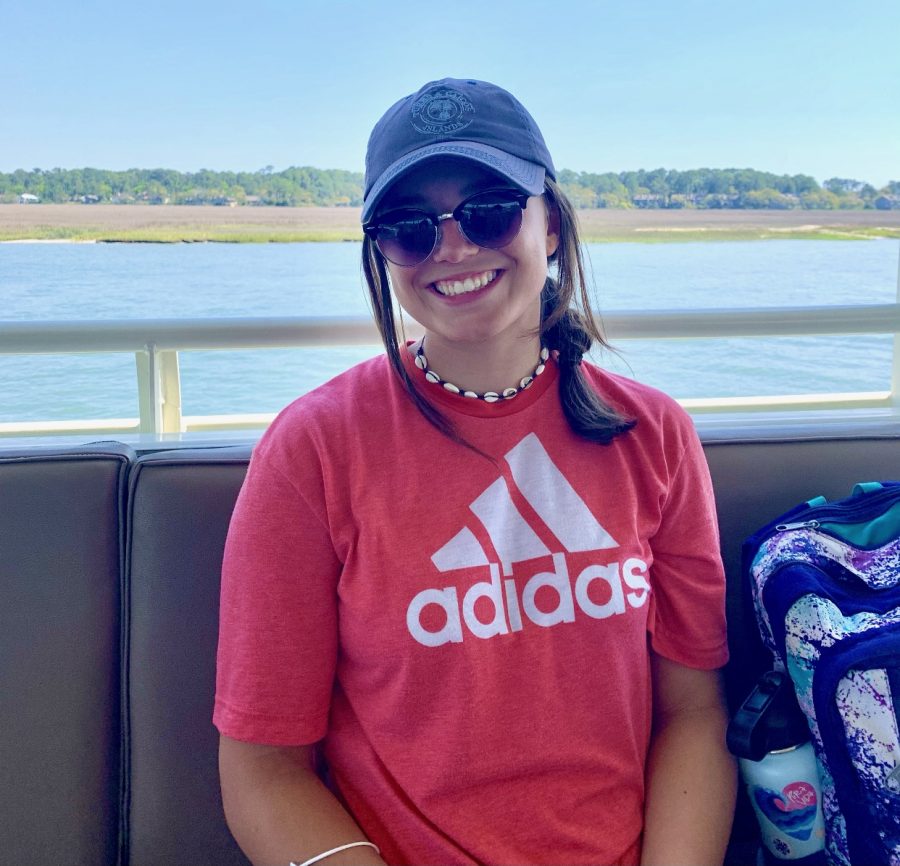 Skyler has learned to love change through her move

Skyler grew up in Long Island, New York; however, near the end of her fifth grade school year, her family bought a new home in Michigan where Skyler’s mom originally grew up. This was a significant adjustment for Skyler and her three other siblings, but she took it on gracefully.

“When we first bought a house here,” Skyler said, “it felt really weird because the culture of living in Long Island is basically going to the beach all the time and surfing. So when I came here, I had to re-adjust to a new lifestyle, not just in life, but also in school.”

Skyler feels that anyone who’s been a new kid before knows it’s a difficult and an occasionally awkward task to figure out where you will fit in for the rest of your life in school. Finding new friends was especially hard for Skyler because she moved just as her class was transitioning to Central Woodlands. Being in a school with only fifth and sixth graders and not knowing any of them was very daunting at times for Skyler, and rightfully so.

One specific obstacle that she faced when she arrived here was that many friend groups had already been together for a while since the majority of the students knew each other since kindergarten. This made finding friends a little bit more difficult for Skyler, but now that she is no longer the new kid, she is pleased to have solidified not only a friend group here at school but also friends that she visits to this day back in Long Island.

“When I got here, it was right when it felt like a bunch of groups of friends had already formed,” Skyler said. “None of us were in a traditional elementary school anymore, so I almost had to do a lot of trial and error to figure out who I might want to hang out with and who would want to be friends with me, but it didn’t really help that I was this big, beachy girl. So, given that we live in Michigan, I kind of had to tone that side of myself down when I moved here.”

However, that being said, Skyler tried her best to not dull her funny, bright, and energetic self just because she was in a new place. Luckily for her, she was able to channel some of that energy into finding things about Michigan that she loves to make it her home.

Skyler, unfortunately, knew when she got here that surfing would pretty much be nonexistent; however, that didn’t stop her from finding something new to be passionate about. Due to the lack of waves, she was able to further her love for snowboarding.

“I really enjoy snowboarding and skiing here a lot,” Skyler said. “There are so many places you can go, and places like Cannonsburg are so close to us that it makes it so easy for me to go whenever I want in the wintertime. In Long Island, I used to have to travel at least two hours if I wanted to ski, so that is a really big highlight of living here for me.”

Skyler had to make some large life changes when she moved here, and as an incoming sixth grader, at the time finding completely new friends and hobbies was no easy task, but Skyler took on the challenge all those years ago and continues to benefit from the lessons moving taught her.

Skyler explains that she is no longer afraid of change because she has first-hand experience and proof that everything will work out if you put in a bit of effort.

“Unfortunately, you really can’t fight change,” said Skyler, who also spends a lot of time on the golf course. “You can try, but no matter what you do, change is going to happen.  It’s just how you choose to adapt to your new circumstances that effect if it will be a good change or a bad change, and I decided a long time ago to embrace the change of moving from Long Island to Michigan.”