Rugby Team Looks to Build for the Future 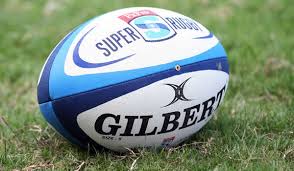 These championships are some of the United States most watched television programs because these are some of the most commonly participated sports. One sport that’s not on the list: rugby.

Rugby won a state championship in 2012 but following that year the sport saw a significant loss in participation. According to the team’s head coach, Michael Poole, he saw a lot of potential on the team this year and is really looking forward to rebuilding the program again.

“Our record this season was 2-6, but it must be said that almost half the team were rookies,” Poole said. “ Our goal for the season was to win more than last year and we achieved that and made it to the state playoffs. For next year we’d like to recruit more players to deepen the bench and promote rugby in Forest Hills. And of course, make it to the D2 Championship.”

Poole started coaching under coach Ellwood when his eldest son joined the team 5 years ago and he  took over as head coach when Coach Ellwood stepped down. Poole had a background in Rugby since he grew up  in England. He believes it taught him the values of teamwork.

“What I love most about rugby is the teamwork,” Poole said. “Everyone is on the field the whole game and no one can score without the whole team.  Just ask my players and they will tell you that my favorite word is ‘support.’ They all have to support each other to get the job done. It is truly a team sport. To me it epitomizes the concept of Ubuntu – I am because we are.”

Junior Sari Muallem agrees with his coach and believes that Rugby is a great sport to try and that the team really worked well together.

“My relationship with my teammates was really great. It’s probably the most inclusive sport I’ve taken part in. I’ve made a lot of new friends,” Muallem said. “More people should do rugby because it’s really easy to learn and it’s really like a family. A common misconception is that you have to be really big to play it, when really you just have to have heart.”

Another junior, Drew Koets, said that despite only winning two games it was better than his sophomore season. Also, they ended up placing better than they thought they would.

“I made a lot of new friends this year. I feel like we came together a lot this year with winning and losing. We bounced back as hard as we could. we jelled as a group,” Koets said. “It was a fun group of guys to be around.”