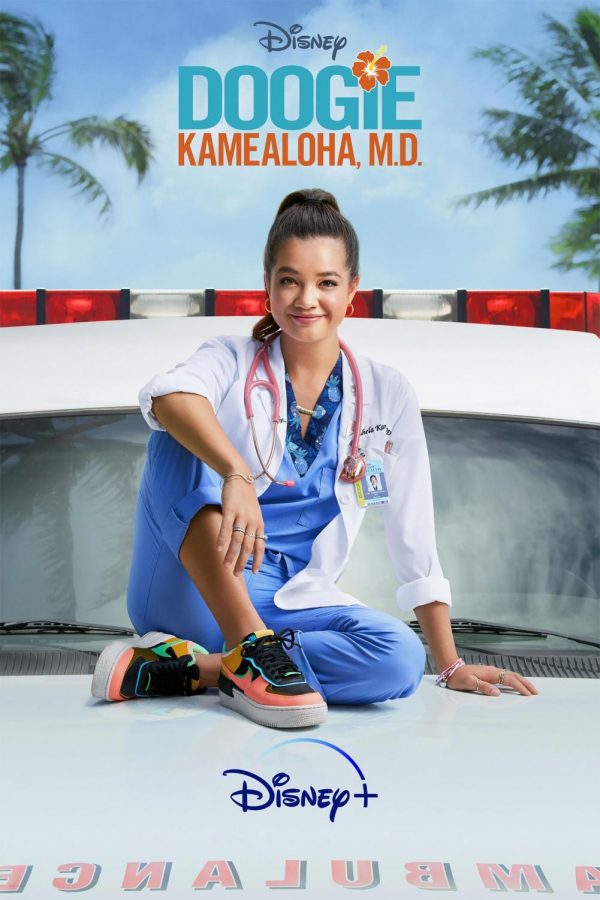 Lahela "Doogie" Kamealoha M.D. sits on an ambulance surrounded by the Hawaiian scenery.

What started out as a lighthearted Disney+ original series abruptly turned into a show with a much deeper meaning.

The pilot episode opens on Lahela Kamealoha, newly 16 years old, performing a variety of typical teenage girl activities—those of a Hawaiian teenager at least—such as surfing with her father, crushing on a suave surfer boy, and anxiously anticipating her driver’s test.

This opening is quite deceiving—especially if you have not yet taken a glance at the TV show’s summary.

In contrast to most areas of her life, where she is portrayed as a teenager forever aiming to be more independent, Lahela (or “Doogie,” as she is later known as) is an actively practicing medical doctor at her local hospital.

I am not one to veer toward watching medical shows of any kind, but I am a long-time fan of Disney, so I was intrigued to see what they had up their sleeve for this one.

The idea behind the show’s creation was to put a fresh spin on the popular 90s show, Doogie Howser, M.D.

I honestly haven’t seen a single episode of that series, so my ability to compare the original to the remake only stretches so far. From what I’ve heard though, the Disney pilot matched the 90s’ pilot almost identically.

However, I wouldn’t award the show’s cast list any title more than “simply decent.” Peyton Elizabeth Lee also starred in the Disney Channel Original Series Andi Mack from 2017 to 2019, and though I only watched a couple of episodes, it’s hard for me to get that younger version of her out of my head; it will take some getting used to.

From what I’ve seen of her so far though, I’m not a huge fan of her overall character. Lahela, despite being a literal doctor, still acts like a teenager—her attitude is often poor, she throws fits when she doesn’t get what she wants, and she tends to be very adamant when it comes to her life being her own. Hopefully, the raw and real moments highlighted in the show will be able to help me break out of that image I currently possess of her.

Topics of death, loss of patients, and medical decisions are heavy themes, especially for the world of Disney, but I thought this coverage was necessary in order to elevate the show’s quality.

I just wish that the more mature elements of Lahela being a doctor at such a young age would also show through in her personal life as well.

Her mother, also a doctor and working in the same hospital, attempts to create a relationship that ties together both their work and family life, but this seems to be very strained.

However, despite these minor character hiccups, I did genuinely enjoy watching the show. The Hawaiian theme was refreshing and new, the concept of a 16-year-old doctor is definitely something different, and the family dynamics were very fun to tag along with.

I didn’t really have many expectations going into the viewing of this show, but the pilot has sucked me in, and now I feel like I need to continue watching to see how the Kamealoha family evolves as they balance their work and family life.