The Guilty had no action scenes, but it made my heart race 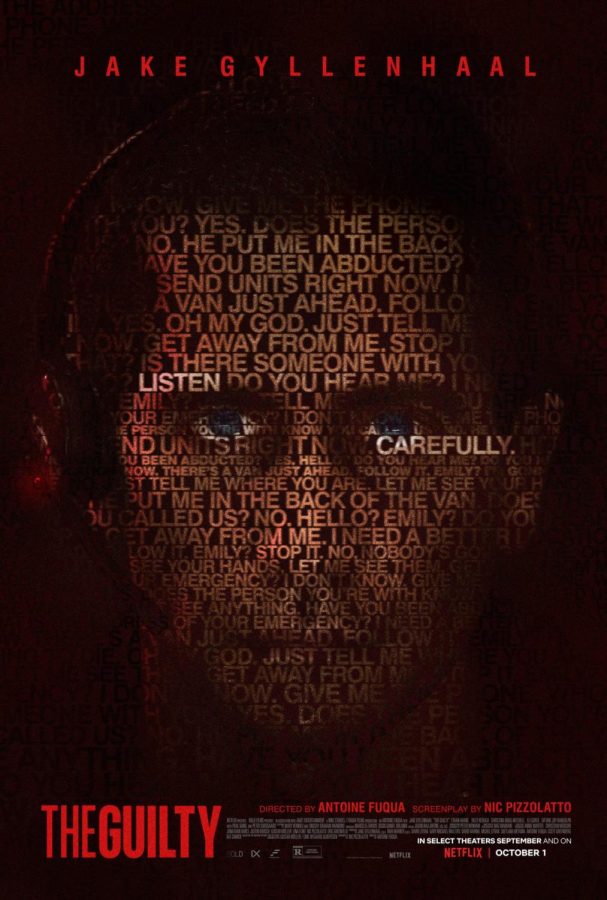 The beginning of the movie was quite confusing for me—I hadn’t heard anything about it, and I barely read the synopsis. I saw the cover and title, and I just started watching.

After some intro, we open on Joe Baylor (Jake Gyllenhaal) sitting at his desk, answering phone calls from people in need of help. At one point, he makes a phone call of his own to someone named Jess, wishing to tell someone named Paige “goodnight,” and mentioning a court date occasionally. At this point, I had no idea where the movie was going.

Then, Joe receives a call from a woman named Emily Lighton (Riley Keough). She talks to him like he is her child.

At this point, Joe has already dealt with a person under the influence and people not telling him what he needed to know in order to help them. This call was very different from the others, though. She continued to say words of comfort, as if talking to a child ,while Joe was trying to figure out what was going on.

Not too long into the phone call, Joe hears another voice in the background. He then discovers what’s going on: Emily has been abducted.

Through the rest of the film, Joe tries to help Emily get back to her children and stay safe.

The entire hour and a half movie takes place in the 911 call center, and Jake Gyllenhaal was one of the only characters who appeared on screen. Despite this, I could feel all of the pain and fear in Riley’s voice.

Not only was the over the phone communication so thoroughly executed, but Jake’s own performance was as well. His anger came through the screen and on to me when things didn’t go so well. I became stressed as the race to get Emily safe moved along. I felt all of his pain and cried along with him at the end of the movie.

Despite being thoroughly confused at the beginning and coming up with lingering questions as the plot thickened, I couldn’t take my eyes off the screen. I needed to know what Joe’s court case was about. I needed to know if Emily got home safe to her kids.

So, through quite a few plot twists and a wide range of emotions, I did. In the last half hour, there was plot twist after plot twist, and I couldn’t stop myself from yelling at the screen and gasping or crying. But they all led up to the one moment that answered many of my pending questions and cleared up the most confusion.

It all led up to four words. And those four words and what happened after that, along with the incredible performance of the actors, led me to sit at the end of the movie and stare blankly at the screen as the credits started to roll and the next show started previewing. Those four words, and the way they were delivered in a high intensity moment, was the thing the movie needed to send shivers down my spine.