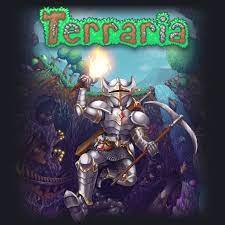 I’ve always liked block games. To be honest, who doesn’t like Minecraft? That’s not what I’m talking about though. This is the other block game that is my most played game ever.

Let’s set the clock back five years to Dec. 25, 2016. This would mark the second time I came into possession of a little game known as Terraria. Now, I say the second time, but I’ll elaborate later.

From then to current day, I’ve played it for over 1,500 hours, equivalent to two nonstop months of playtime. To put it bluntly, this game is one of my favorites.  No game—minus one—has ever even gotten close⁠ to that much playtime. The question is, why did this “Minecraft clone” win my heart so heavily?

Terraria and Minecraft are similar games on the surface. Both are blocky, sandbox⁠ games that have progression of power through mining. See the similarities? Well, not for long.

The core of each game is incredibly different because of the goals the game sets for you. To beat Minecraft, you just have to beat the Ender Dragon, but you can do everything else the game has to offer without that. Now Terraria took a different approach: your goal is to kill every boss.

I think that major difference is why Terraria has never left my mind. Even though I have played through it several times, I keep coming back to it; meanwhile, Minecraft struggles to keep my attention. Anyway, that’s enough of my ramblings on the game. Let’s actually talk about it now.

Again, Terraria is a 2D sandbox role-playing game (RPG) in which you mine to gather stronger materials and increase your life, all in an effort to fight bosses. Following RPG traditions, the game has classes that you can play as well, though it takes work to get into the classes or roles.

The four classes are Melee, Ranger, Summoner, and Mage. Each class plays slightly differently and subsequently has a different role to fill. Melee tends to be up close, personal, and can take a hit. Rangers can pester enemies from afar. Summoners can play extremely passively while letting summons—creatures you create—do the work for you. Finally, Mage hits hard from a range, but dies quite easily.

It would be negligent of me to ignore sub-classes as well. Melee just uses yo-yos. That’s it. Ranger can use exclusively guns or bows, making for a slight challenge. Summoner has whips, so why not use Melee’s weapons as well?

The classes of the game seem to be there to add diversity to the game, and that’s about it. One major upside to the game is multiplayer, which, as it should be implied, lets you play co-op with your friends against the game’s lightly-buffed bosses.

Terraria is an RPG, but you never level up. And if you don’t level up, how do you even get into a class? Well, with equipment, armor, and weapons. An example would be the Hellstone armor, which increases your Melee’s damage.

I own two copies of this game, so what happened to the first one? Again, let’s set the scene: the year is about 2012 or 2013 before my brother left for college. I was homesick and bored out of my mind, so I asked my brother if he could get me a game for my iPod, which might have been my first phone.

That was a long time ago, and I loved the game then too. I couldn’t beat it, but I loved it regardless. I remember getting about three-fourths of the way through the game, getting stuck on one boss, and giving up; yet that failure didn’t diminish my love for the game.

My love for the game is strong—I shouldn’t have to say that—but it only increased once I discovered the modding scene. If you’ve read my story on modding, you should already know this, but Terraria has some of the best mods for any game. One of the best mods out there is the Calamity mod, which more than doubles what the game has to offer.

With new bosses, new items and weapons, and even a new class, this mod offers it all. If I had one issue with Terraria, it would be the lack of music, but Calamity has it all with its own extensive soundtrack and each boss has their own theme instead of all of the bosses sharing three.

All of this makes a great deal of a game that I love almost more than any other. Not only would I recommend this game, but implore you to get it. Soon enough the Steam winter sales are coming up, and the game only costs $9.99 before any deals or tax. I would even go as far as to say that you should buy this game four times and give it to your friends so you can all play together.