Why are there almost 30 FIFA games? 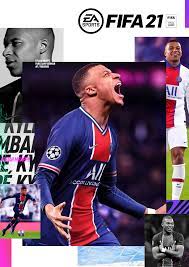 I think to drive that point home, nothing has been more exciting than Nintendo’s Super Smash Brothers Ultimate directs, where they reveal who the new DLC fighters of the game are going to be. I remember just how controversial it was to know that Byleth from the Fire Emblem series was followed up by Minecraft’s Steve in a later update.

Honestly, I’m a little sad. The last Smash direct was on Oct. 5. It was a great run, but god am I sad it’s over.

Updates aren’t the only way to keep a game alive, well, a franchise alive. Have you ever thought about how many FIFA games there are? It’s been at least one a year since 1993. And people still eat it all up.

Why update an old game when you can just do it again? Update the roster, boast about better graphics, or say “this is the definitive version of the game.” I’m not talking about a sequel though, I’m more than fine with sequels.

The really interesting way that I’ve seen this done is the Call of Duty approach. Each game had a pseudo-self-contained story, some with multi-game overarching stories, but most people still played them for the online multiplayer experience.

Online multiplayer games tend to be the biggest proprietors of this. As I mentioned previously, Call of Duty, but also Battlefield, in some senses, Halo, and Gears of War, just to name some of the biggest franchises do this. I say in some senses Halo does this, but it also has over 50 novels that expand on the game’s story.

Not all shooters, or games which focus on gunplay for combat, are like that. In fact, some incredibly popular shooters have been around for years now without a sequel. Overwatch was released in 2016 and has had several major updates to it. Team Fortress 2 has been around since before 2010 and still gets updates. Paladins, which started as an Overwatch rip-off, developed into its own game over the past three years and had a recent update only last month.

The question is, why do some studios develop new games and some just update? Some release new games only to keep sales up and to not go into negative profits. Others release new games to expand on the story while also having ever-so-slightly different gameplay.

It’s still incredibly hard to pump out a new game each year. Some games just don’t make sense with a sequel-like follow-up. How do you make a sequel of a game that focuses on gameplay without changing the core values of the game? You can’t tell me Team Fortress 3 is a good idea.

Some games have a storyline that can be expanded, characters in a world that people want to hear more about. And some games are entirely self-contained. With no basis to expand on, these games perpetuate themselves over and over again in an effort to continue gaining revenue.