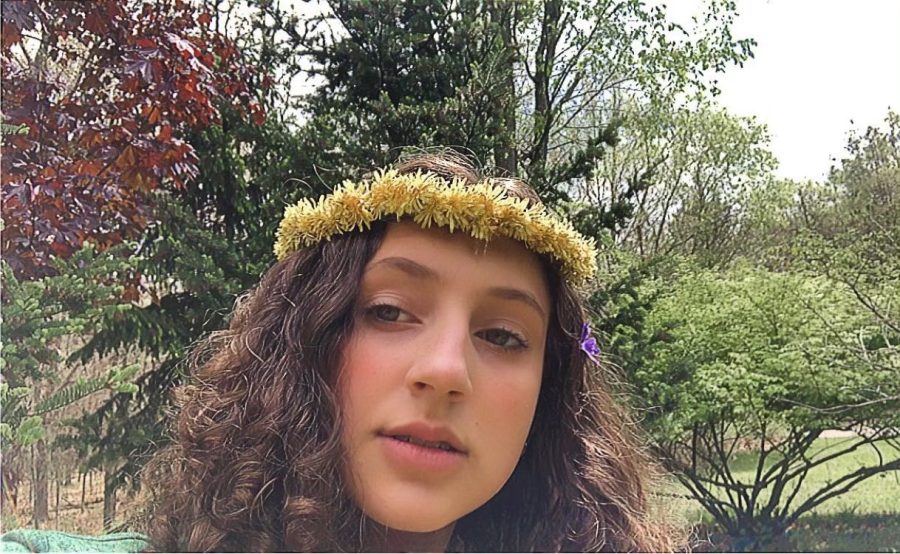 Sydney plays in the marching band, plays field hockey and lacrosse, and will be playing volleyball for the first time this winter.

Sophomore Sydney Fentzke is better known to many as “Squid.”

This nickname has followed Sydney through her various pursuits for the past eight years, and it’s emblematic of the strong sense of volition that she holds over her own life. With a deep understanding of herself, Sydney has been able to not only shape herself into the person she wants to be, but also pack her days with activities that fulfill her personal needs.

From field hockey to band to lacrosse to her newest endeavor, volleyball, Sydney is rarely without an activity begging for her attention, and she wouldn’t want it any other way.

The stress of her bustling schedule can still get to Sydney, especially when multiple of her activities pick up at once, like now, with field hockey and marching band both coming to a climactic close. But ultimately, it’s this hectic pace of life that energizes her, and she knows there will be moments ahead when she can slow down and recuperate.

For as long she can remember, Sydney has been itching for activity.

So when she was diagnosed with cancer at 11, her battle was arduous in every aspect. On top of every physical trial she faced while beating cancer, Sydney grappled with the effects of being restricted from participating in so many of the things that brought her joy.

“All the other 11-year-olds are running around in the dirt or playing dolls or something, and I’m stuck in a hospital bed getting chemo,” Sydney said. “Being cooped up at a young age—[with] how I like to be busy and I like to be doing things, it was really hard to go through and have to be kind of imprisoned.”

As she stands here today, a survivor, Sydney considers this battle a core aspect of who she has become. When she looks back, she is still sometimes taken aback by how close she came to not making it.

While in the hospital, Sydney wasn’t even aware that her cancer had progressed to stage four. It wasn’t until she was no longer in the hospital that she was made aware of the full gravity of her situation, and she often wonders how she would’ve been impacted if that hadn’t been the case.

During those trying times, Sydney remained true to the parts of herself that required her to have a hand on the wheel of her life at all times.

“I was really stubborn about it,” Sydney said. “I wiggled my way through a lot of it. Maybe I didn’t want to stay at the hospital as long as I was supposed to, and I’d be like, ‘Oh, if I drink this much water, can I go home instead of taking fluids?’ So I would wiggle my way through staying in the hospital.”

Through every interminable hospital stay, Sydney had her family to hold her up. Her mom was there with her every night that she spent in a hospital bed, and that unconditional support has extended to the hours that her mother puts in now, driving Sydney to every sports practice and every band event.

Overall, battling cancer strengthened Sydney’s bond with every single member of her family, her parents, her brother, and sister, and she witnesses the positive effects of those challenging days now.

“We hang out more,” Sydney said. “We watch movies together. We didn’t use to do that. Being so close to losing a kid kind of shocks you. They want to spend more time with [us] now.”

While Sydney wishes that no kid ever had to endure a battle with cancer, she is conscious of the fact that she wouldn’t be who she is without the lessons and wisdom it imbued upon her.

Not only is she more aware of the harrowing experiences that some kids are forced to go through, but she also holds a deeper appreciation for life now. Because of those long days she spent unable to leave her hospital room, she doesn’t take the opportunities she has now for granted.

“I think it’s definitely made me look at life differently,” Sydney said. “Not a lot of kids go through that. I’m one of the very few people who get cancer at a young age, and I think it’s really made me look at my life and take a step back and be like, ‘Woah, okay, I need to rethink things because something could happen, and I don’t know when.”