Teen fashion around the world: a series—sixth stop, Australia 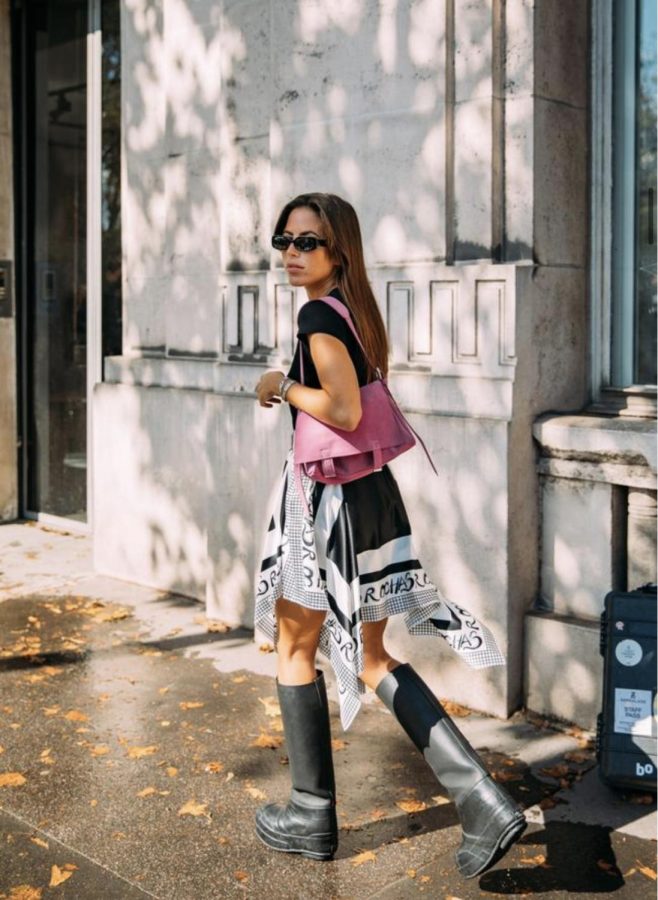 When Vogue Australia’s editors picked the nine items they were “ditching” in 2022, they were careful to consider the fashion norms of their fellow Aussies.

Three items they listed that they plan to leave behind immediately caught my attention: the oversized tee-shirt, homebound comfort clothes, and clumpy sandals. In the land of Oz, where casual reigns supreme, declaring a boycott on staple items such as a tee-shirt is risky. With that said, who isn’t ready to break away from more casual “quarantine” clothing and look into something more structured?

“Our forecast of the upcoming season, derived from the spring/summer ’22 runways, concluded that style has been rejuvenated with a fresh joie de vivre; after years of loungewear and functional-first clothing, it seems like we’re bracing ourselves for party-appropriate streetwear—ditching comfort and coziness for high-heels and mini skirts” (Lai, 2021).

On a deeper inspection, there are caveats to what is being ditched: it’s not a tee but rather an oversized one making their list.

The differentiating factor of Aussie fashion is the effortlessness of it. Most notably is what we see from the coast, which is casual surfers. If you take nothing more away from this article, you should know that your beloved UGGs were first worn by Australian surfers in the 1960s. Surfers from the land of Oz introduced them to U.S. surfers, and that is how UGGs landed in the U.S.

In a recent article, Aussie actress Phoebe Tonkin gives her take on L.A. versus Aussie fashion. She reiterates the fact that Aussies love denim, maybe even to the point where they rival the U.S.

“In Australia, I feel like everyone wears a lot of denim and linen shirts or T-shirts. I went out to a nice dinner the other night and almost everyone was wearing Levi’s and a nice white tee and ballet flats, which is really beautiful and simple and chic. I wouldn’t say it’s masculine but I definitely feel it’s kind of comfortable and easy. I think that’s very Australian” (The difference between how cool girls dress in LA versus Australia, n.d.).

Denim is a staple in Australia, but so is an oversized tee-shirt dress and a pair of flip flops. An oversized tee dress, if worn here in the U.S., would be much more comparable to pajamas. Yet, Aussies would consider our leggings too casual in favor of denim that they dress up and down. Their sense of accessorizing is conservative compared to ours.

“As a generalization, the ladies report that they tend to see American girls in more accessories than they do on their countrywomen. The term “arm party” felt distinctly American to them, and while they love it, both said the Aussie way is to wear one bangle, not a stack of five” (Nast, 2015).

Aussies tend to dress to fit in; they are very stylish but aren’t breaking any fashion barriers as we have seen in other countries like Japan. This doesn’t mean that Aussies aren’t trendsetters, though. One of the biggest footwear trends to hit the U.S. is UGGs: a boot trend we happily copied from Australian design.