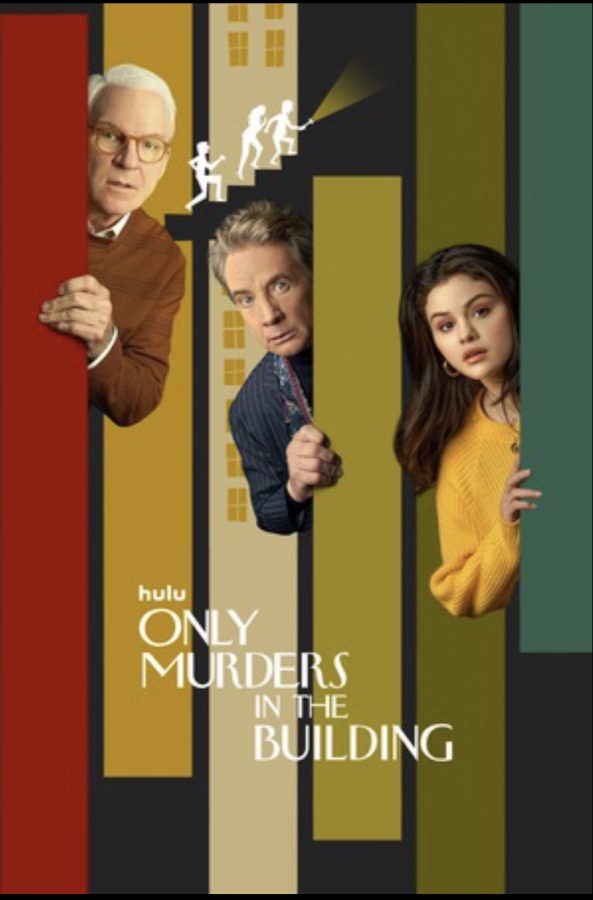 Since her days living it up on The Wizards of Waverly Place on Disney Channel, Selena Gomez has been a favorite of mine to watch on screen. Naturally, when her face popped up in my Hulu recommendations alongside a few other actors I love—Steve Martin and Martin Short—I decided without reading any sort of description that this was a show I needed to watch.

To say my expectations were high for Only Murders In The Building would be an understatement. It was obvious with the high-level cast and production team that this program was meant to create a buzz. However, this did evoke a fear in me that the show would have all the components necessary to be something incredible, but would fall under the scrutiny and pressure of high expectations.

Fortunately, though, this was very far from the reality of this murder mystery. The show follows three unlikely friends, Mabel, Oliver, and Charles, as they unravel the assumed murder of Tim Kono. Their friendship blossoms during a fire in their apartment complex where they all discover they listen to the same true-crime podcast as they are waiting to reenter their units. When they learn that a man who lives in the building, Tim Kono, died during the fire, their true crime brains decide that there is something fishy with this death that was ruled a suicide by police. We watch as this unlikely trio uncovers the events that took place on the night of the fire, but they also hide secrets of their own from one another.

The plot is incredibly well written; a lot of unexpected points are revealed in each episode without adding too much confusion. The episodes are released on a schedule of one every week, and waiting for each new installment does a great job of adding to the suspense and desire needed to keep one’s attention on a show like this one.

The writers also do a great job of keeping away from predictability. Each new episode that comes out completely alters the conclusion you came to in the episode before, and although some moments allow an opportunity to scream out what is going to happen before it does, the final conclusion only runs farther away.

This lack of predictability also has to do with the talent of the actors to stay present within each scene. As alluded to before, the choice of casting was excellent. The roles seemed to be written with each actor in mind; they all fit into the characters perfectly. The three main actors have mastered the art of making it seem like they are truly getting to know each other throughout the course of the show, and not as if they have been filming with each other for weeks.

I would recommend this show to anyone who loves a good mystery but is not a fan of the gore and unsettling suspense that can sometimes come with this genre. Only Murders In The Building does a great job of mixing the aspects of a great murder mystery with a feel-good mood, and of course, utilizes the cast’s impeccable comedic abilities to cultivate a fun and lighthearted watching experience.

This show is definitely one I look forward to each week, but will also be binge-worthy once all the episodes are out. Whether for nostalgia, a good plot, or just a solid show, Only Murders In The Building is definitely worth the watch.