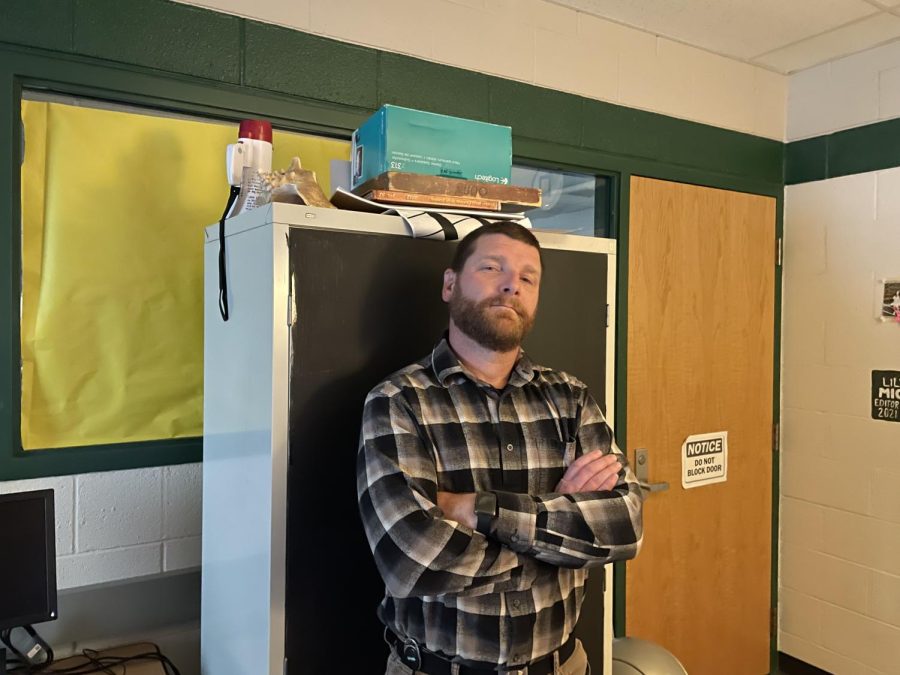 “My first experience with any kind of paranormal activity— I was kind of a skeptic about ghosts in general—but my wife and I live near the cemetery over by Pine Ridge. This was many years ago, but for a while, I kept on waking up and seeing shadowy figures either standing in my doorway or in my bedroom, and it was freaking me out. I thought, ‘Okay, sometimes you have weird dreams. No big deal.’ Then one day, my wife happened to mention to some friends that she had been having that same thing. We had not talked about it, but she told [them] that had been happening to her. I was like, ‘What? That’s been happening to me too.’ That happened for a year on and off, and then it stopped, and it hasn’t happened again.

So that was kind of creepy, but about five years ago, my friend Katie was big into the ghost hunting shows and Paranormal University and all that kind of stuff, so she wanted us all to go to Mackinaw Island and stay in the Old Mission Hotel. My wife and I and my friend all went and stayed there, and we did some ghost hunting. A guy named Adam Berry, who is one of the paranormal investigators that you see on Investigation Discovery, led the thing. They took us to different places around the island, and there were seances and stuff like that. I didn’t experience anything weird, other than that it was a generally creepy place, but my friend Dave did have a paranormal experience.

Then there was another time that his wife and I went down to Southern Ohio on another [ghost hunt], and it was [at] an old abandoned farmhouse that was allegedly haunted. That was interesting because the whole thing was gutted. There was no HVAC or anything inside of it, so it was kind of cold, but there’d be moments where you’d be sitting there in the dark, talking to somebody, and all of a sudden, the temperature would just drop. There were moments where it just felt weird, like the hairs on the back of your neck stood up.”