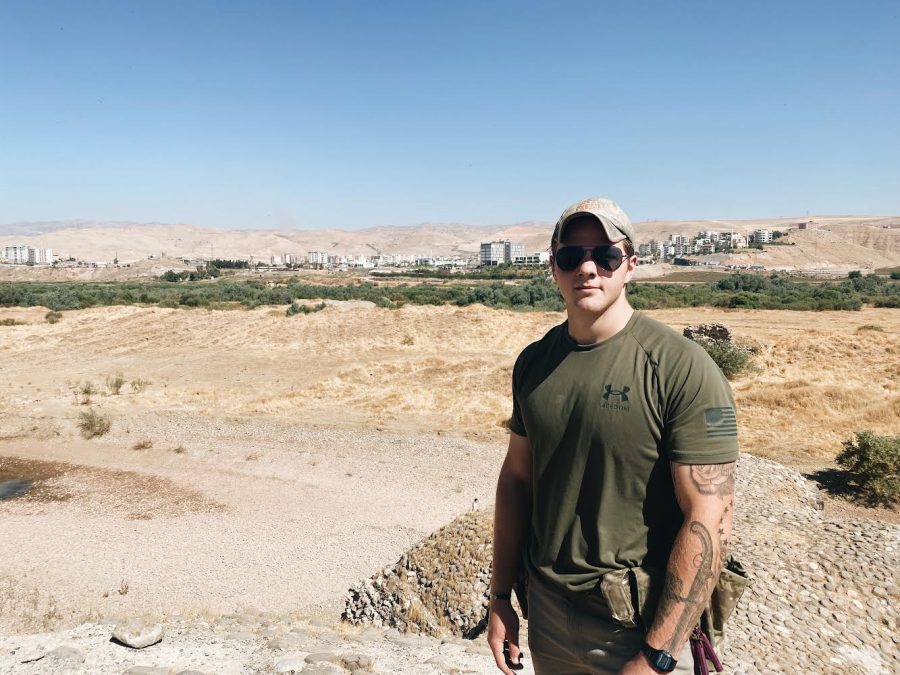 “I am currently serving. I’ve been in the United States Army since 2018. [I’m] stationed at Joint Base Lewis McChord in Tacoma, WA. I have deployed in support of an operation enduring freedom (Afghanistan) and inherent resolve (Iraq).”

“When I was a new private, my first squad leader told me something that would stick with me the rest of my career. I was rappelling down a large tower working with the Seattle Fire Department, and he noticed hesitation in me on my first run down. I was glad to be finished with the task because, at the time, I had not yet conquered heights. He looked at me and simply said, ‘Good, now do it again without fear.’ This has been a prominent point of motivation for me, both in training in the United States, and my time overseas.”

“Appreciative of my predecessors who wore the uniform before me.”

Do you have advice to those who may look to you as a role model?

“Identify the hero you idolize, and every day, take one step closer to being like them. No matter how you do it, dedicate a portion of your life to the service of the people around you. [It] doesn’t have to be a career, but making a small impact could change the world, or at least make an individual’s life better.”

Do you commemorate Veterans Day with any traditions of your own?

“I call and thank my father for his career of selfless service, and for [being] a good example of a man he gave to his children. Three of his children followed [in] his footsteps.”

How did it feel when you started your service versus where you are now?

“Patriotic, and more patriotic. I love my work and take pride in it now more than ever because I’ve seen the impact it has, both at home and abroad.”