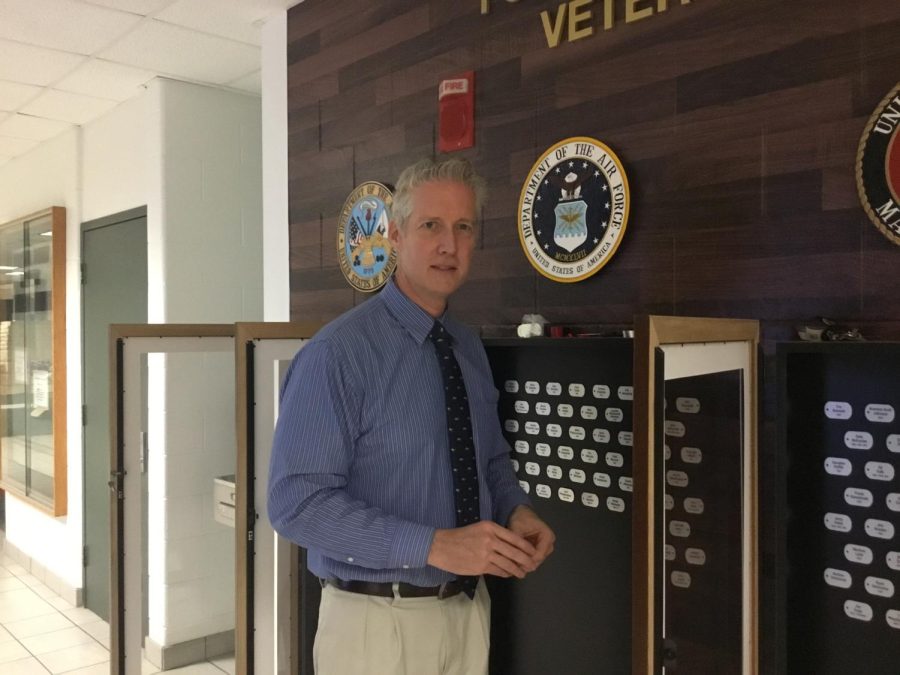 Why is Veterans Day important?

“I think it’s important for us to, at a minimum, [take] one day to remember people who have fought for this country. Memorial Day is [when] we remember those people who have died, but this is a day to honor those people who are still with us. There’s a lot of people out there that are just kind of walking around doing their thing, and we don’t remember or we don’t know that they spent time in the military, in harm’s way or not, and I think it’s good to spend a few minutes to remember them and honor them for what they’ve done.”

Why is the assembly important?

How much planning goes into the assembly?

“It’s typically a few months of planning. There’s a lot of people you’ve got to try to get in touch with.”

How should people honor veterans?

“They talk about thanking a veteran. If you see someone out there who’s got a veteran hat on or something like that, I think that the minimum you can do is say, ‘Hey, thanks for your service.’ But if you’ve got someone in your neighborhood who maybe needs a little extra help, some of these vets—especially the Vietnam vets, they’re in their 70s—you can help them out with some yard work, shovel their snow, just do a little thing just to let them know that they’re remembered and appreciated. I think that’s important.”