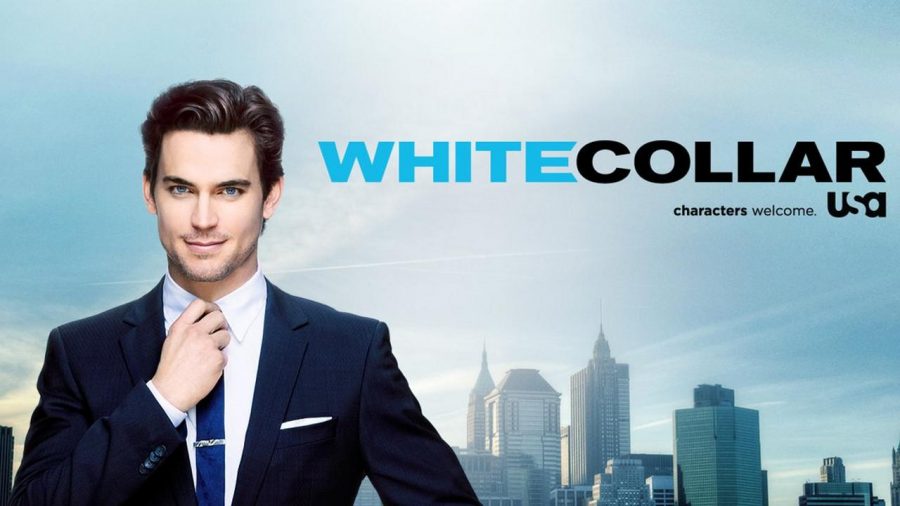 I have always been a sucker for crime shows and comedies; the world of crime and law enforcement never fails to fascinate me, and any show that makes me laugh is an automatic favorite. That is why I found an immediate love for the USA Network series, White Collar: a show that uniquely blends these two distinctive genres.

White Collar was on the air between the years of 2009 and 2014, and can now be found on Netflix. It follows the adventures of a mastermind white collar criminal by the name of Neal Caffrey (played by Matt Bomer). Upon smoothly escaping a high-security prison, Caffrey strikes up a deal with the FBI agent who had previously spent three years trying to catch him. Through this deal, Caffrey finds himself acting as a consultant with the FBI agents who make a living hunting down the very criminals just like the one Caffrey used to be. Each episode follows a different white collar crime case, with overarching plots that keep the audience coming back for more.

I suppose it was the intriguing setting of the felon-FBI agent partnership that originally pulled me in. But it was the charming characters who instantaneously won my heart, and the compelling ordeals these characters experience that kept my interest piqued. The relationship between Caffrey and the FBI agent Peter Burke, played by Tim Dekay, is very entertaining to watch play out on screen. Burke had only grudgingly agreed to work with the man he had invested years trying to put in jail. Thus, the interesting pair presents an amusing love-hate banter and work dynamic that sustains through each episode.

Crime shows easily become monotonous; however, White Collar effectively evades this issue. I can’t quite put it into words, but there is a certain inexplicable quality that the show possesses that reels you in and keeps you hooked. There is always something about every episode that consistently ensures viewers will never get bored.

Lastly, I think it is important to note that White Collar is one of those rare shows that captivates its viewers from the beginning. First seasons of shows tend to be quite forgettable. The first season of White Collar, on the other hand, is enthralling from the very first second of the pilot.

All in all, White Collar should definitely be your next Netflix show– especially if you’re a fan of crime shows, comedies, or both. Nonetheless, beware of the little yellow arrows that will soon be popping up on Powerschool as binging White Collar begins to inevitably consume all of your time.