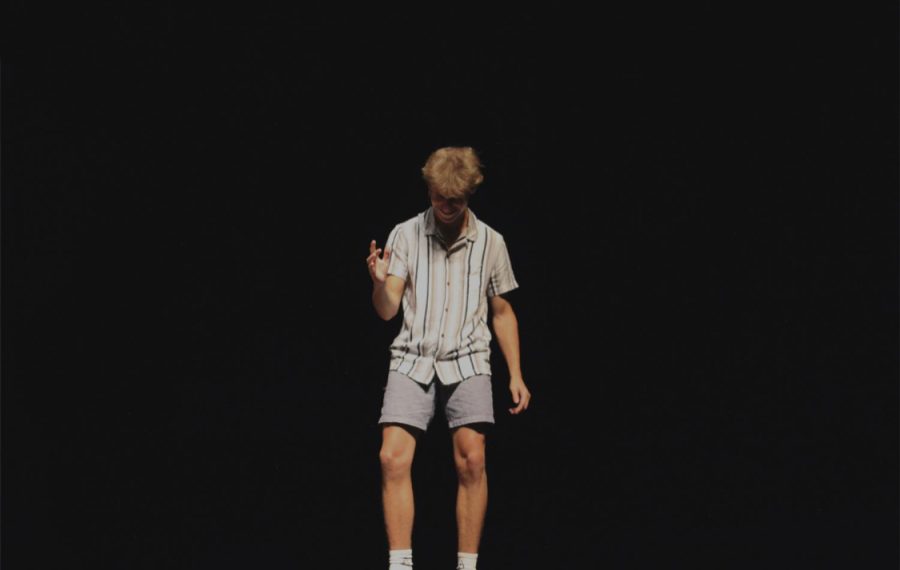 “I play a policeman, as well as Mr. Thompson’s brother and other various roles in the play.”

“I decided to try out because I have a lot of friends from improv that are doing it. And then, Mrs. DeMeester told me to do it when I was a freshman, but I never did until this year.”

“I don’t think I have much in common with my character considering I’m not a policeman and I’m not as British.”

“[It’s] definitely not as comical as the improv show was; it’s a bit serious. [It] might be a little bit of a tear-jerker at times.”

“My favorite memory from the play would probably be the cast bonding party. We all went bowling. That was super fun, especially [when] my buddy, Zach Guikema, showed up everyone as he does.”

“I am most excited about just showing off the work that we’ve put in over these past six weeks. It’s been a lot of hard work, a lot of hours put into this, a lot of memorization.”

“I just kind of stand there and get ready and do what John [Donovan] tells me. And I try [to] walk like a police officer and try [to] not screw up my British accent that I have to do [for] about three of [my lines].”

“I don’t know. I only know Romeo and Juliet, and it wouldn’t be that, so none.”