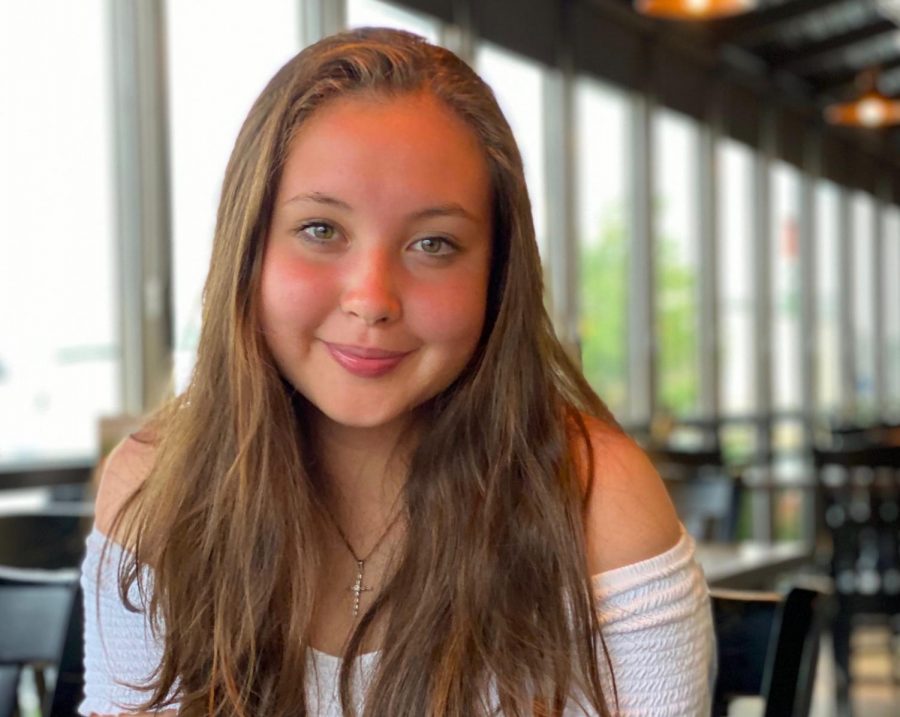 “I play Judy, who is pretty much Christopher’s mom.”

“I decided to try out for the play this year because I really enjoy theatre, and I’ve been in all the plays so far throughout my four years.”

“I feel like there’s actually a ton I don’t have in common with my character because she’s a very impatient character who’s extremely impulsive and definitely very abusive to her son in the aspect where she is very impatient with him since he is on the spectrum, and she does understand that, so she’s kind of aggressive towards him. But she does love him, and I think that’s something we have in common. We both care about people, but she does it in ways that I do not personally agree with. So it’s more [that] I’m not very closely related to her.”

“Definitely an intense show. By that, I mean it’s not light-hearted. Maybe there are some things that are said in the show that are funny, but it’s mostly a drama. It helps people maybe put into perspective how someone on the spectrum may feel, and you’ll see how Christopher gets very overwhelmed when some of the ensemble characters run across the stage or do things. It’s very complex.”

“I guess putting the whole show together because it’s been a whirlwind with DeMeester leaving and John taking over, so we’ve definitely had some experiences as a cast together. We see how things may have changed in how we run things. So maybe rehearsals are different; we have shorter rehearsals. But my favorite thing would probably have to be the cast. It’s a very nice group of people.”

“Definitely getting the show started. Our opening night is on Thursday, so I look forward to that a lot.”

“I guess getting into a mindset where I am more impulsive about my actions and think about someone that I care very much about but maybe mistreat.”

“Probably Romeo and Juliet because it’s really cliché, and I probably would want to play Juliet.”